Memorial services for Donald R. Metcalfe, 83, of Albert Lea will be at 2 p.m. Tuesday at Our Savior’s Lutheran Church.The Rev. James Kassera will officiate. Interment will be at Graceland Cemetery with military honors accorded by the American Legion and Veterans of Foreign Wars honor guards. Friends may greet the family one hour prior to the service at the church. Online condolences are welcome at www.bayviewfuneral.com. 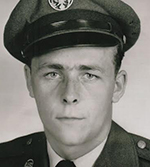 Donald R. Metcalfe was born on Aug. 8, 1932, in Austin, the son of Thomas and Ila (Tukua) Metcalfe. He grew up in Freeborn County and attended country school. After enlisting in the Air Force, he made it his career, advancing to the rank of staff sergeant.  He was stationed in various places around the world and served two tours in Vietnam. While in the Air Force, he met Betty Kittell and they were married in 1960.  Together they had three daughters, they later divorced.  In 1979, Donald married Joyce Mielke-Brackey at the Little Brown Church in Nashua, Iowa. Donald retired after 24 years in the Air Force and then worked as a foreman at Streater for 13 years. Donald was a member of Our Savior’s Lutheran Church, Veterans of Foreign Wars, the American Legion, Elks Club, Moose Club and Eagles Club. He enjoyed bowling and having new vehicles, camping at Hope, trips to Vegas with Joyce, pull tabs and Sugarland. 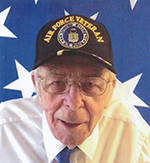 In lieu of flowers, donations are preferred to the Freeborn County Honor Guard.