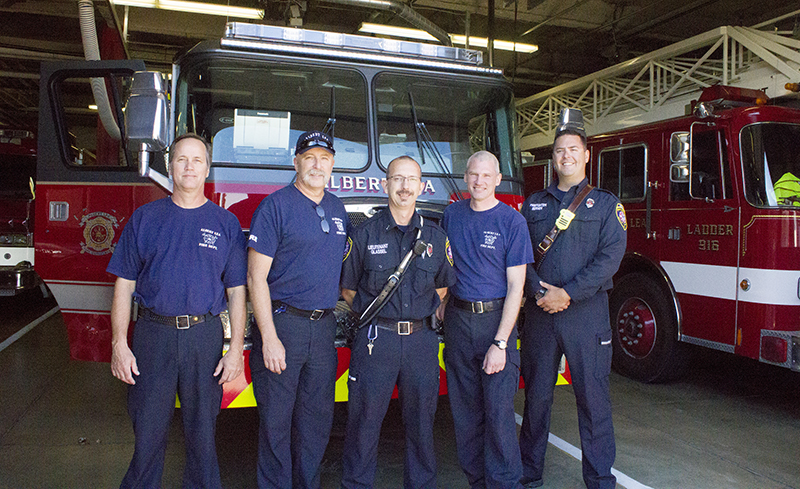 An Albert Lea firefighter has filled in for the better part of this month for a fellow firefighter to help keep the Albert Lea Fire Department flowing.

Dennis Glassel has served as interim deputy fire chief for Jeff Laskowske, who has been on leave since July 5 after being diagnosed with cancer. Laskowske is expected to return to light duty on Monday.

Glassel, a 15-year veteran of the Fire Department, said the department is continuing to focus on emergency response training, fire prevention, responding to medical calls and other duties.

He said though the link between cancer and firefighting is unproven, it is in the back of his mind. Despite his concern, he said firefighting has become a part of himself. 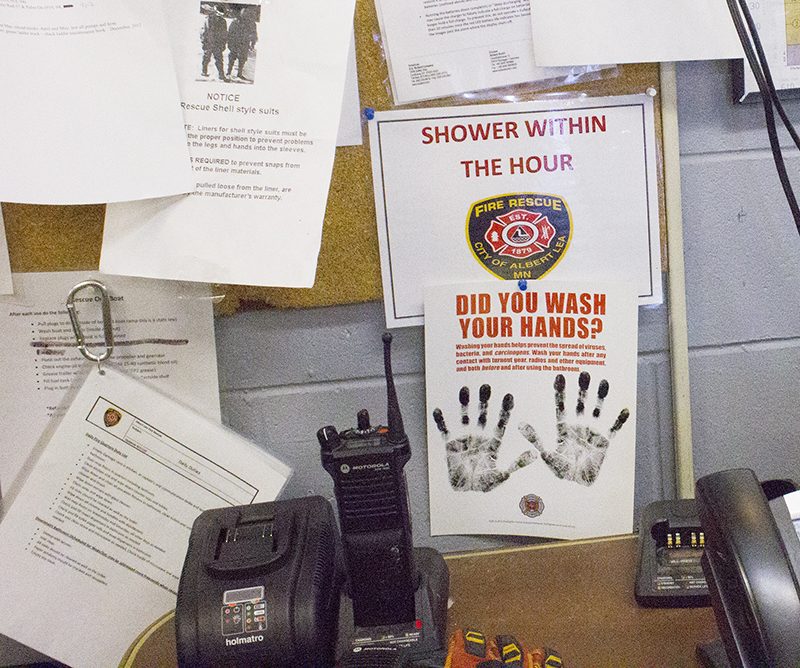 The Albert Lea Fire Department is trying to combat the risk of cancer for firefighters by education at its station, as evidenced by a preventative sign. – Sam Wilmes/Albert Lea Tribune

He once served as a volunteer for Hayward Fire Department and has a part-time job at Fastenal Co.

Senior firefighter Bart Berven said the transition has been made smooth by Glassel continuing with the tradition Laskowske has set.

Berven said Laskowske’s cancer diagnosis is the third such diagnosis the department has faced within the last 18 months.

Lt. Al Shallock said the diagnoses have sparked his concern.

“It sits in the back of your mind going, am I next? Do I already have it?” he said.

The Fire Department is taking proactive steps to prevent future cancer cases. Awareness signs have been placed at the station to prevent possible cancer cases — the importance of quickly showering and cleaning up is being stressed.

Gear is being washed differently and more frequently. An exhaust system has also been installed that prevents the spread of carcinogens. Fire wipes are also being used.

Glassel said though firefighters are risking their long-term health to help people, he does not view what he does as extraordinary.

“I never considered myself a hero,” Glassel said, noting he thinks a hero is someone who goes above and beyond their duty to help in a situation.