Amanda Irvine is fighting for a cure in memory of Wayne Weiss. 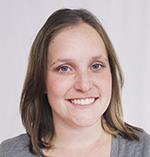 Walking through the mall the other day, I ran into a family friend. After talking for a while I realized how Alzheimer’s can truly take the effect on anyone.

This person was recently diagnosed, however the disease was already running strong in their body as I could quickly see the person couldn’t comprehend that they had the disease and would repeat themselves every couple of minutes.

This individual is a happy active young person—they should be out enjoying life, spending time with family and friends, and enjoying their retirement years. Unfortunately those things are coming to an end as soon they won’t be able to do anything.

As I was speaking to this family friend I could see the person had words they wanted to say but the words just were not coming out — which I could tell left the person feeling lost.

Alzheimer’s is the sixth leading cause of death in the United States and the only disease that has no current cure.  More than 5 million people are living with Alzheimer’s disease and that number will only increase as the baby boomers age.

One in 9 people age 65 and older have the disease. By midcentury every 33 seconds, someone will be diagnosed.  This high increase of people dealing with Alzheimer’s will create a barrier for medical breakthroughs to prevent or cure the disease.  It will also make the need for higher amounts of nursing care and facilities available for people.

Alzheimer’s is becoming a more common cause of death,  it is the only disease among the top 10 causes of death that cannot be prevented, cured or even slowed.  The estimated cost for caring with someone with Alzheimer’s or dementia is upwards of $236 billion for health care, long-term care, and hospice, increasing to $1.1 trillion by midcentury.

With these costs there is potential of bankrupting Medicare. Medicare and Medicaid are expected to cover $150 Billion or 68 percent of the total health care and long-term care payments for people with Alzheimer’s disease and other dementias.  This drastic rise includes a nearly five-fold increase in government spending under Medicare and Medicaid and a nearly five-fold increase in out-of-pocket spending.

This is a huge financial impact on families. A lot of caregivers cut back on basic necessities such as food and medical care for themselves and their families.  Caregivers are more than 28 percent likely to eat less or go hungry because they cannot afford to pay for food.

Caregivers are also known to have misconceptions about what expenses Medicare and Medicaid cover leaving them unprepared to handle costs associated with the disease.

In 2015 more than 15 million caregivers provided care – this care resulted in missed family vacations, emotional stress, depression, missed days at work and sometimes missed meals to help care for a loved one to make sure that the person with Alzheimer’s disease would be well taken care.

One important thing to try to remember is anyone with Alzheimer’s is still a person, they still have feelings, and they still want to be who they are supposed to be.

I would like to encourage you to find a Walk to end Alzheimer’s near you and get involved. Help advocate for a cure.

All facts were taken from alz.org.