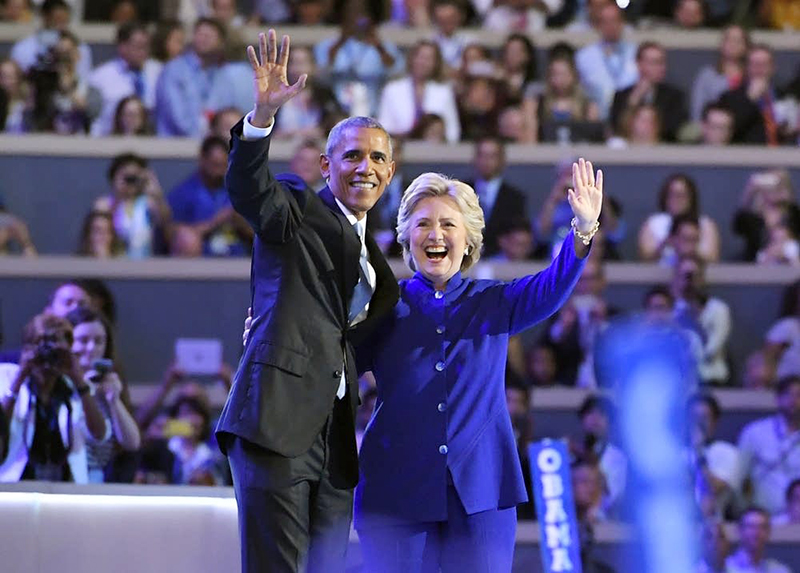 Minnesota Democrats headed home Friday from their national convention with plenty of questions about how presidential nominee Hillary Clinton will affect down-ballot contests in November.

There are no statewide races in Minnesota this year. But feelings about Clinton, as well as Republican nominee Donald Trump, could influence voter turnout and the results of some congressional and legislative races.

Clinton supporters see her as a strong candidate who will help other Democrats on the ballot. They also believe negative feelings about Trump will help their cause.

In the metro-area 3rd Congressional District, Lana Slavitt, a Clinton delegate from Edina, noted that Republican Rep. Erik Paulsen has said he would support his party’s presidential nominee.

“Congressional District 3 is not a district that is going to go for Donald Trump,” Slavitt said. “So I actually think Hillary Clinton really helps us in that district.”

It could be a much different story in parts of rural Minnesota, where opposition to Clinton and support for Trump are stronger.

“As much as our candidates would like to talk about local issues, what we’re already seeing at the door is that they’re pulled into conversations about the national issues and the presidential race. So, there’s no doubt it will have an impact on those races.” The presidential race drives voter turnout. That’s a point of concern for Democrats who have not yet achieved the unity they stressed this week in Philadelphia.

Many Bernie Sanders supporters say they still aren’t ready to commit to voting for Clinton or helping her get elected.

Karl Keene, a Sanders delegate from Moorhead, said the party has a lot of work to do to reach those people.

“A lot of the people I’ve talked to are not happy with either candidate and are going to go another option, whether it’s Libertarian or Green Party,” Keene said. “Some are going to just write in.”

Some have also threatened to sit out the election. That’s why Minnesota Gov. Mark Dayton spent time in Philadelphia this week imploring Sanders supporters to get past their disappointment and support Clinton.

Dayton said their support is crucial.

Back in Minnesota, legislative leaders from both parties are trying to calculate the impact of the presidential race as part of their campaign strategy.

All 201 seats are on the ballot, and majority control of the House and Senate is on the line.

Clinton is doing better in the suburbs than in rural areas, said DFL Senate Majority Leader Tom Bakk of Cook.

“I think they’ll be judged on their own record,” he said. “I don’t think they’re going to be judged on Secretary Clinton’s record either as a senator or first lady or a secretary of state. Having incumbent members, I think, distinguishes them from other candidates.”

Bakk said he thinks Clinton’s popularity over Trump in the suburbs could help the DFL pick up some districts. His list includes Hann, the Senate minority leader.