If you are going to dream, it’s good to dream big 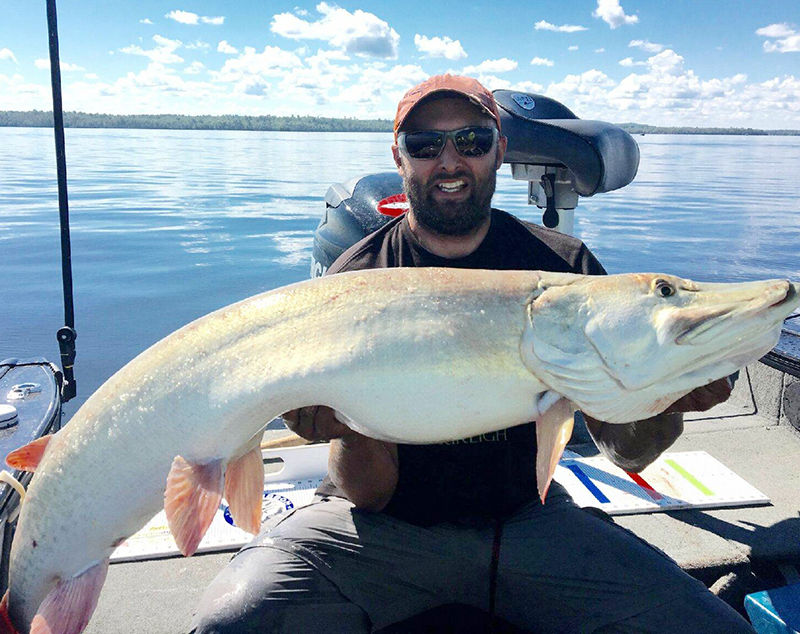 In looking back at my many past fishing experiences, I can remember vividly the first time I got interested in fishing muskies.

I had gone to Spider Lake with an old friend and co- worker from the Tribune named Charlie Thompson.

We had planned on taking a fall fishing trip to northern Minnesota, and he left it up to me to pick a lake. I had visited the area north of Grand Rapids many times and had a book called “The Blue Book” that Rapids Tackle published each year.

It would list all of the fish registered in Itasca County by lake, species, weight and who had caught it. I studied that book like I was going to be tested on it and came up with the name of one lake that appeared numerous times for each species. That lake was Spider. I ran it by Charlie and he said it sounded good to him, so we made reservations and we were set. Charlie was basically a panfish kind of fisherman, so I had to adjust my thinking somewhat. Now, whenever I would lie awake on a cold winter’s night dreaming of fishing on a northern Minnesota lake, it was never about crappies or sunnies, because I always longed to catch something much bigger.

We stayed at a resort by the name of White Birch, which was sold in the late ‘70s and no longer exists as a resort. The week we were there was a typical fall week; the lake had turned over so you could find fish almost anywhere you could find the baitfish. We had pretty good luck with the crappies, but I longed for something a little bit larger on the end of my line. While fishing in a known crappie spot, a guy in the boat next to us tied into a large fish and after battling it for quite a few minutes, it finally broke the surface and danced on its tail. He eventually lost the fish, which would have easily gone in the 20-pound range — it was then I knew this lake had me hooked, and to this day I can still see that fish breaking the surface and dancing on its tail.

In that same week, there was another fisherman we had seen quite frequently, who speed trolled in a 14-foot boat with a small Mercury motor — he had put over the back seat and he sat in it while trolling so close to shore that he could almost reach out and touch the rocks. That week we witnessed him catch three muskie in the 15-25-pound range. That’s when I really got hooked on fishing those toothed ones.

At the time, I had a small fishing boat, two kids and a wife as fishing partners so my muskie fishing was very limited, but whenever I had a chance to fish alone I’d be trying for one of those bad boys. I have caught a few over the years, but nothing to really brag about — I’d guess my largest may have gone about 23 pounds and that’s small for the avid muskie guy, but it was a proud moment for me.

My son Brian’s brother-in-law, Travis Diaz, who is originally from Albert Lea, has gotten into fishing musky in a big way. He and some friends have a fishing team they call Team Predator Nation. I have seen pictures and videos of some of the fish they have caught and it is unreal. They fish all over Minnesota and Wisconsin, and have gone as far east as Virginia to fish these giants. If you want to look them up, you can find them on YouTube by typing in Team Predator Nation.

A couple of weeks ago, Travis and his friends hosted some fellow muskie fishermen from Virginia on Lake Vermilion. They were there during what is considered the prime muskie time for Vermilion. It didn’t disappoint.

Travis landed a 54 1/4-inch blonde muskie — a species I didn’t even know existed until this year. I’m not sure if I could pick it up, much more land it, but I would sure like to give it a try.

Until next time — it doesn’t matter what time of year you fish, that lunker could be lurking in the shadows just waiting for your next cast. Please take a little time to make some summer memories by sharing time in the outdoors with family.