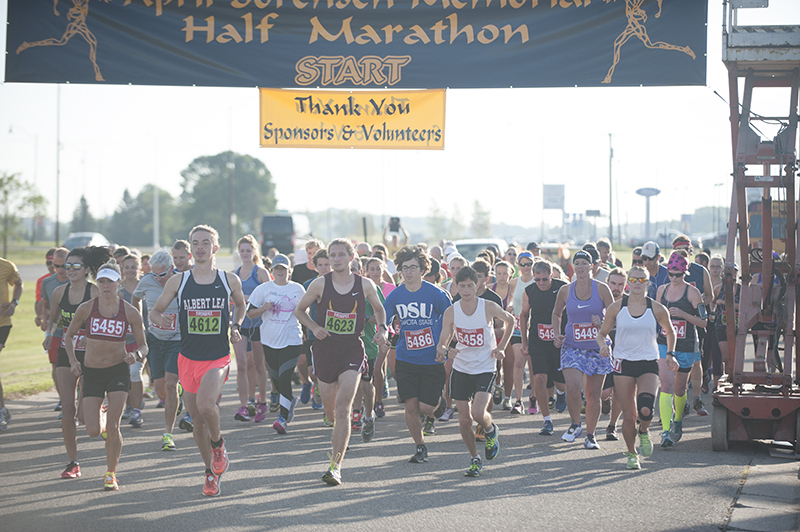 That is the objective of the April Sorensen Memorial Half Marathon, which had its ninth race on Saturday.

The 13.1-mile race is in memory of April Sorensen, an Albert Lea High School graduate who was found dead in her Rochester home on April 17, 2007, in an apparent homicide. Sorensen was 27 at the time of her death. The case is still unsolved.

Sorensen’s father, Jon Larson, said in a previous Tribune interview that Rochester Police Department Investigator Sherry Bush calls his family every year on the anniversary of Sorensen’s death. She tells them that they’re still working full time on his daughter’s case and following up on leads whenever they can, and that his daughter has in no way been forgotten. 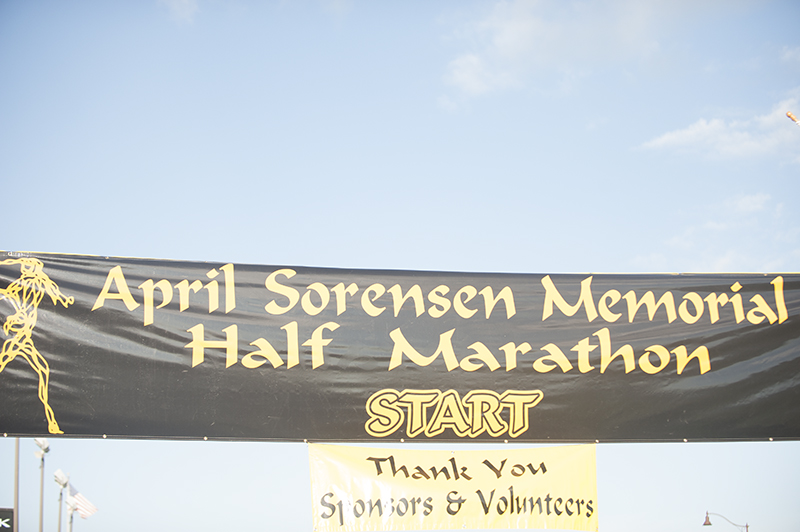 The annual half marathon is in memory of April Sorensen, an Albert Lea High School graduate who was found dead in her Rochester home in 2007. – Jarrod Peterson/Albert Lea Tribune

“There hasn’t been anything concrete,” said Larson. “We’d like closure on that. … We’’ll never know or understand why, but getting (them) off the street will do that.”

Larson said his daughter enjoyed exercise and being outside and routinely ran with both Larson and her sister, Holly Beenken. One of Larson’s fondest memories was going to Boston with both daughters so they could watch him run the Boston Marathon in 2005.

Larson and Sorensen’s widower, Josh, are both the vice presidents of the race committee.

Larson encouraged those who enjoy the same things Sorensen did to come out and run the race each year.

“It gets everyone together,” he said. “It celebrates April.”