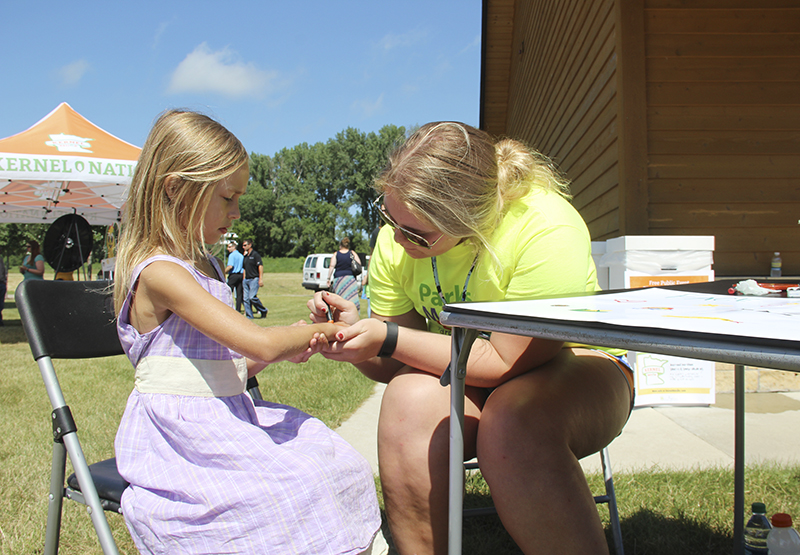 Amy Sanderson draws a rainbow on a young girl’s hand as part of the face painting booth during Kernel Nation on Thursday at Edgewater Park. - Emily Wangen/Albert Lea Tribune

A little bit of extra summer fun came to Edgewater Park this week with Kernel Nation.

Kernel Nation was an event put on by the Minnesota Corn Growers Association and took place at the Edgewater Bay pavilion in Edgewater Park on Thursday. 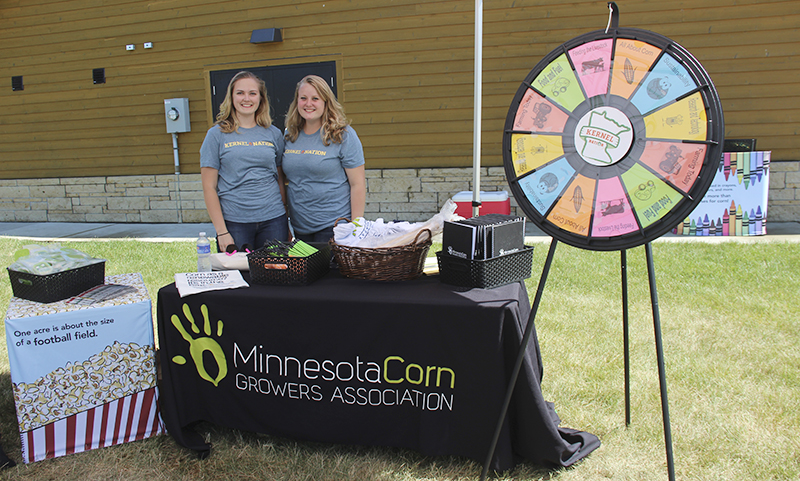 Haleigh Ortmeier-Clarke and Nicole Krumrie work at the trivia booth at the event. The trivia was corn themed. – Emily Wangen/Albert Lea Tribune

The event was filled with games, tractors, dancing, face painting and education.

Several organizations such as Oink Outings from MN Pork Board and the Biofuels Mobile Education Center based in Iowa were there to give out information to event goers.

Pork farmer Wanda Patsche said he enjoys events like that because it allows consumers to ask questions to farmers about their food, as well as learn where it comes from. 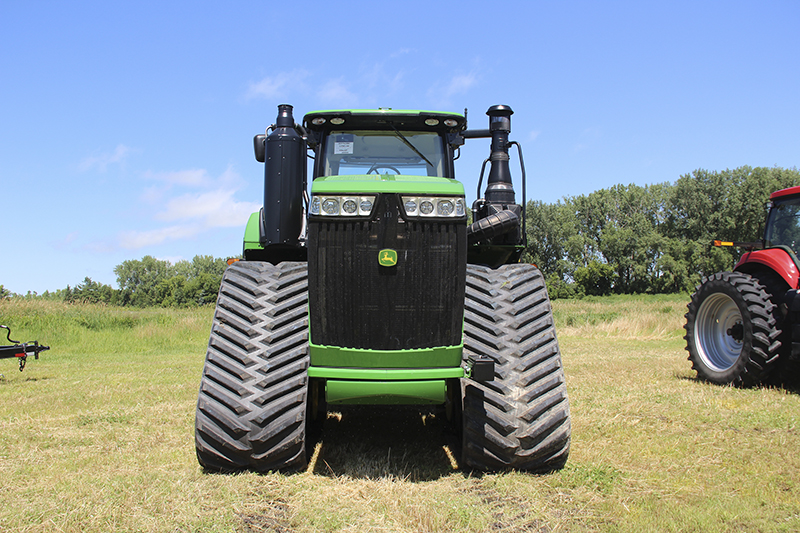 Many types of farm machinery were at the Kernel Nation event. – Emily Wangen/Albert Lea Tribune

The purpose of Oink Outings is to promote the pig industry and give consumers information according to Oink Outings representatives.

Mike Moats from Biofuels Mobile Education Center goes to many events by invitation, such as NASCAR races and county fairs, to give consumers information on ethanol. Moats said that there is a lot of misinformation about ethanol being spread and hopes to dispel those myths. He also tries to teach others about the benefits.

A benefit of using ethanol is that the usage of the fuel is both good for the economy as well as the environment, according to Moats.

The Kernel Nation event is important to event organizer Missy Gilbertson because she believes in the importance of connecting farmers with communities such as Albert Lea, she said.

Kernel Nation will be have another event on Thursday in Willmar.