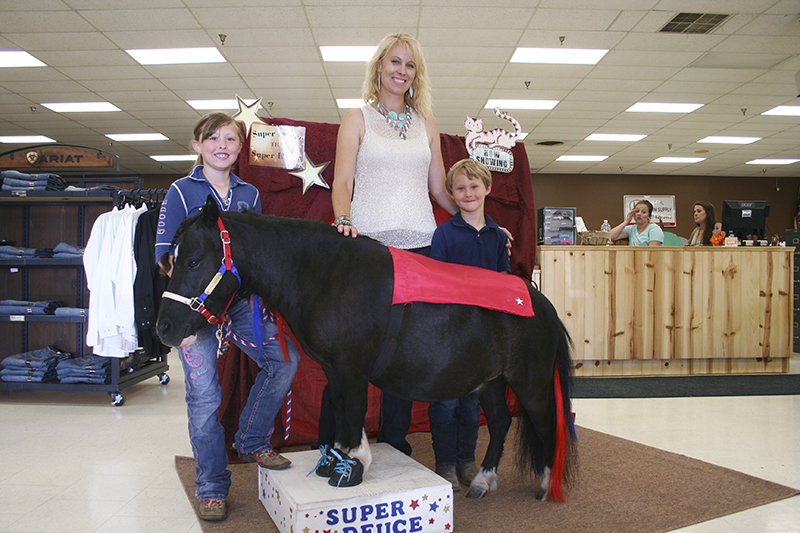 Leslie Truesdell is the author of the children’s book “Finding a Place on the Farm.” The book is about a young horse and its journey to find where it belongs.

Truesdell said she chose a horse as the main character because of her deep love for horses.

She said the inspiration for the book comes from the Bible verse, “You are made for a purpose,” in Romans:12:6, as well as from her first son who died from a heart condition. 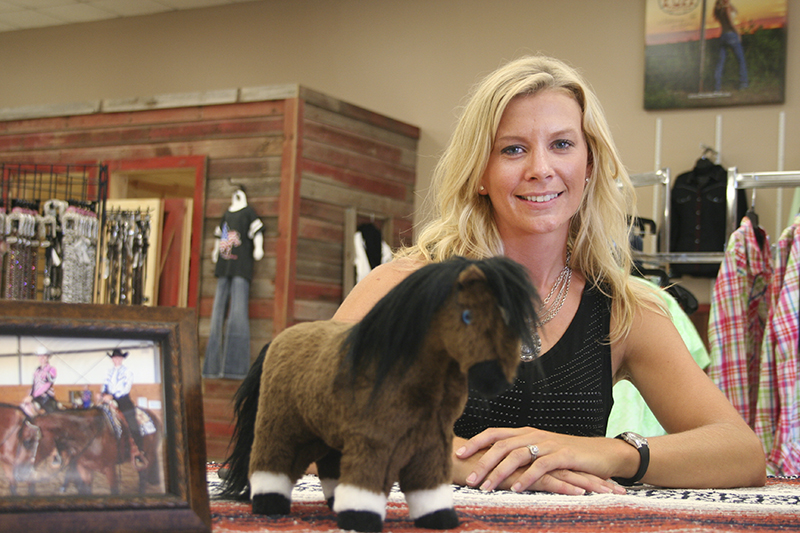 Leslie Truesdell is the author of “Finding a Place on the Farm,” a children’s book about embracing personal strengths. – Emily Wangen/Albert Lea Tribune

Truesdell said she wanted to show her son that there is a purpose for everyone and teach others to embrace their own strengths.

While her book was written for younger audiences, Truesdell noted adults have told her they have been touched by her book’s message.

Truesdell is in the process of writing another story for children based off of a different Bible verse, “Be kind to one another,” from Ephesians 4:32.

Truesdell graduated from NRHEG and eventually went on to study graphic design in Mankato.

Lora Moore is the author of three children’s books and co-author of a thriller series for older audiences.

Moore said she got her start in storytelling in her youth, when she would come up with story ideas with her sister, Julie Zuehlke, while on long horseback rides. Eventually the horseback rides became email chains, until the sisters eventually decided to write a book together.

The book is titled “The Second Option” and is about Marines sniper turned assassin, Chance Hughes. It is the first installment of two in the Chance Hughes series of books.

Moore said she enjoys series of books because they allow her to make her characters more detailed as the series go on.

Moore keeps her writing believable through sources who make sure situations feel authentic, she said.

While writing this series, Moore said her daughter wanted her to write something more “important.” She said that inspired the book “Carousel Cowgirl.” Moore also wrote a children’s book about her son, titled “Carousel Cowboy.” Both stories involve a magical carousel horse that comes to life and whisks the main characters off on an adventure.

Moore said the idea for the stories actually came from her children themselves.

“It’s their story I wrote for them,” she said.

When working on her third children’s book, “Super Deuce the Super Horse,” Moore focused on making the book educational as well as entertaining, she said.

The main character, Super Deuce, has a large vocabulary that teaches readers new words that are in the story, with definitions in the glossary.

Moore is from Pierre, South Dakota, and currently lives on a farm in Blue Earth. She met her husband at South Dakota State University, where she majored in microbiology and athletic training.

Both Moore and Truesdell said they have a passion for telling stories as well as showing horses, which they show together. Neither authors said they initially set out to write books, but both said they plan to write more.