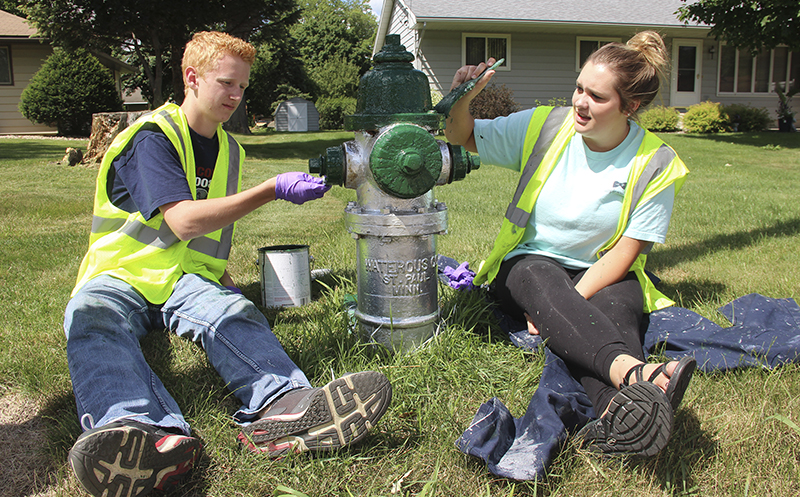 Talin Tuchtenhagen and Claire Nelson give a fire hydrant on Sunset Avenue a new coat of paint. The pair paints around 30 hydrants per day. - Emily Wangen/Albert Lea Tribune

Albert Lea has 1,200 to 1,400 fire hydrants — many of them needing a fresh coat of paint — according to Albert Lea Deputy Fire Chief Jeff Laskowske.

To give the fire hydrants some sprucing up, Capt. Mark Light hired Nelson and Tuchtenhagen to do the job.

Some training was involved to ensure the hydrants are painted correctly. While all the hydrants are silver and green, the caps are color-coded by the nozzle firefighters need to use with the particular fire hydrant, Laskowske said.

The goal is to have 600 to 800 fire hydrants repainted by summer’s end, when Nelson and Tuchtenhagen return to school. The remaining hydrants will be painted next summer. 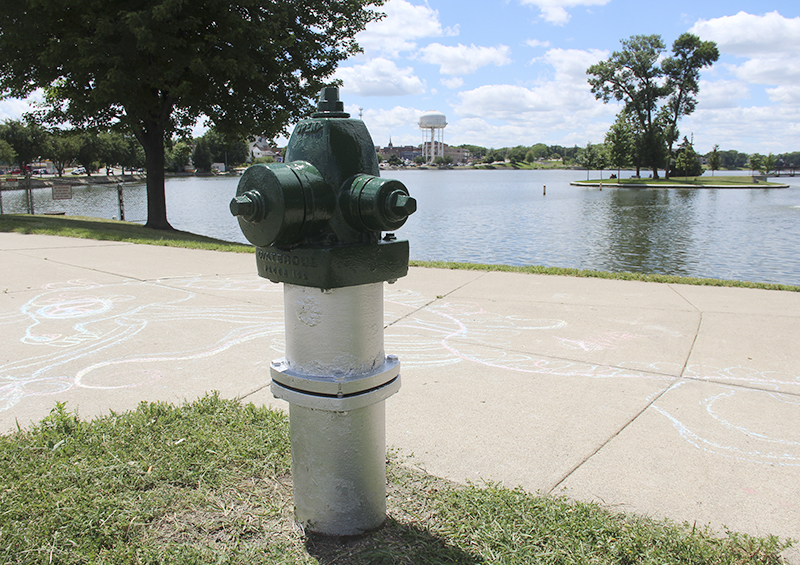 Fire hydrants around Albert Lea are getting a fresh coat of paint thanks to two local students. – Emily Wangen/Albert Lea Tribune

After the two-summer process, Laskowske hopes the hydrants will not need to be repainted for another five or six years.

The fire hydrants painted by the pair are in the downtown area and along Bridge Avenue in preparation for the Third of July Parade on Sunday, Laskowske said.

Nelson and Tuchtenhagen paint around 30 fire hydrants per day, breaking the work up by neighborhoods, according to Tuchtenhagen.

Nelson said she enjoys getting to spend time outdoors painting, which led her to apply for the job after finding out about it online.

Tuchtenhagen said he enjoys meeting people who come by to talk to them while they work.

Nelson and Tuchtenhagen work from 8 a.m. to 4 p.m. Mondays through Fridays. With the warm temperatures, the pair finds water breaks to be important, as well as spending time in the air-conditioned vehicle they drive around.