Making it on the big screen 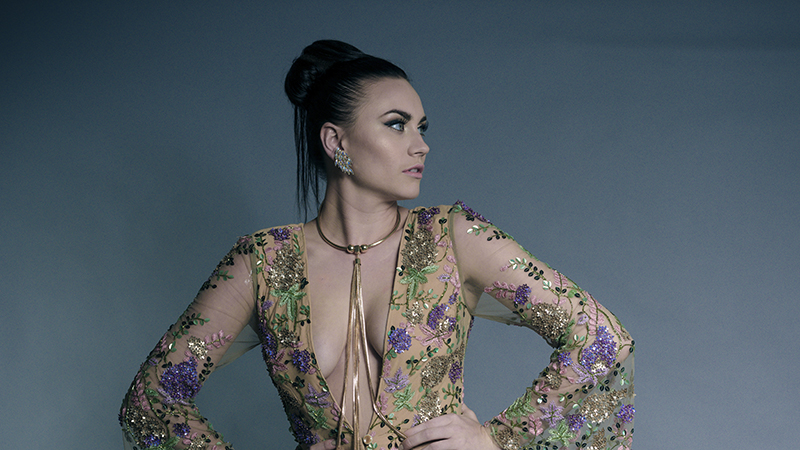 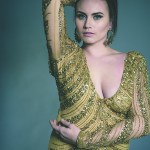 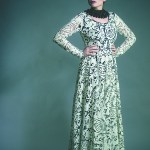 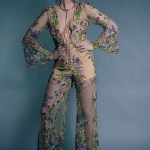 Alix Kermes may have landed her first leading role in a film, however, she feels her Midwest upbringing has kept her grounded. Kermes is wearing Ahmad Couture. – Photo courtesy of Flávio Iryoda

Whether it was modeling or transitioning to television and film in recent years, Hayward native Alix Kermes remembers growing up in front of the camera.

Kermes, 22, began modeling at the tender age of 2, mostly in the Twin Cities area.

Her memories of those days, as well as her transition into acting at 5, are fond, but they have faded. She vaguely remembers a few car commercials and a Campbell’s soup ad. She also recalls traveling to Canada to work on an episode of “Kevin Hill.”

The earliest role she vividly remembers was playing the role of Lily in “Gilmore Girls” at age 9.

At the time, her mother, Johnna, would fly with her to California during pilot season. She would often find herself in a room full of girls vying for the same position she was.

She compared the audition to a job interview.

“You’d typically go in there, and there would be one or two people,” she said. “Sometimes they read the lines with you and sometimes they don’t.”

After the casting agents narrowed the playing field down to two potential candidates, Kermes auditioned one last time before a panel of about 10 to 12 people.

“As a 9-year-old, in front of all these adults staring at you, I guess you get nervous,” Kermes said, though she does feel the experience taught her how to interact well with adults.

When she finally got the coveted position, she admits she was “freaking out.”

“As a kid on set it is so much fun,” she said. “I went to studio school, so I had a tutor that was sitting there and teaching myself and another little girl on set. I had a trailer that I got to hang out in, and of course you always get to meet all the stars and all of the other people you’re working with.”

Kermes was disappointed as the role didn’t develop like she had hoped.

When cast for the part of Lily, she was not just chosen for a role on “Gilmore Girls.” She was cast as a series regular for a spinoff of the show called “Windward Circle.” The spinoff didn’t pan out.

“It is tough when a series loses funding, but looking back I think it was definitely for the best because I would have been in a totally different stage of my life,” she said.

While she played a supporting role in the movie “Prodigal Son,” for the most part, Kermes said she took a break from acting during both her high school years at Albert Lea High School and college years at the University of Florida.

“I had my network built up,” she said. “I had all the connections. I had director friends. I had my agents. I had friends in business that all kind of still supported me, and for me it was important to get my degree.”

She graduated in May 2015 from the university with a major in sustainability studies and a minor in agricultural and natural resources law and zoology. In July of that same year she was hired by Tech Partners in Fort Lauderdale, Florida, as a national IT recruiter, staffing different technology positions throughout the country.

Kermes said acting was on the back-burner at the time. She knew it was there, but it wasn’t her priority. Then she was approached to do “What Happened Last Night?” in September.

The college comedy centered around Kermes’ character, Sarah Dawson, and Danny Barker, who is played by Clayton Snyder, known for his roles in the “Lizzie McGuire” series and movies. In the film, Sarah and Danny wake up in bed together with no recollection of how they got there. The movie then takes its audience back to the day before so they can watch the events unfold for themselves.

Kermes’ younger siblings, Levi and Sage, have speaking roles in the film, and her parents Tony and Johnna are extras.

The movie will be distributed worldwide later this year.

While other projects were about gaining experience, Kermes said she learned much more during the making of this film because she was more involved in the production process from start to finish. This included acquiring funding for the project, helping choose the cast and working with the music supervisor.

Does this mean Kermes has been bitten by the acting bug? Not necessarily. While she describes acting as a passion, she’s also quite happy with her career at Tech Partners.

“Long term, it’s kind of hard to say where I’m going to go from here because last year, if you would have asked me at this time, I would have said, ‘I don’t know about acting. It’s kind of on the back-burner,’” she said.

Kermes will be the first to admit the future is unknown.