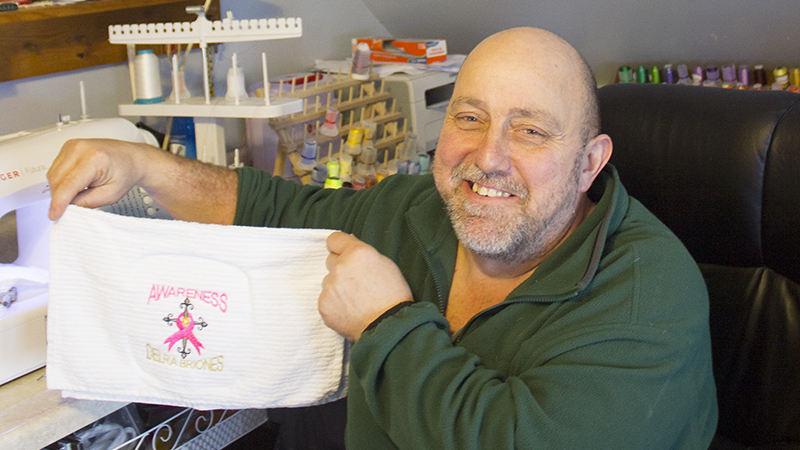 An Albert Lea man is raising awareness for breast cancer — on his own dime and time.

Scott Stolaas, 51, has embroidered 435 towels, many of them for breast cancer awareness, since September.

“That’s 435 smiles that make me feel good,” said Stolaas, a postal carrier. “I created that. That’s what life’s all about.” 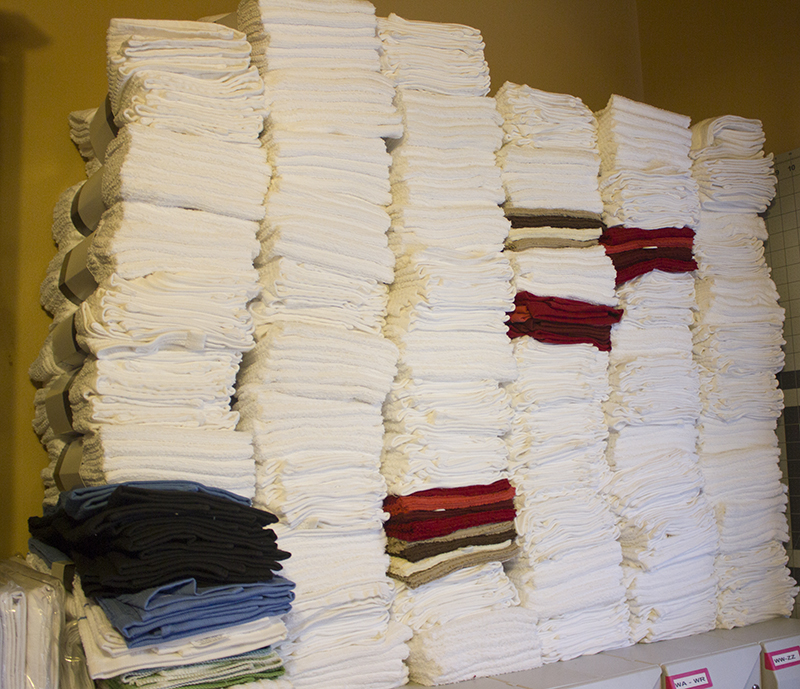 Stolaas has created more than 435 towels, many of them for breast cancer awareness. Shown here are dozens of towels in Stolaas’ home. – Sam Wilmes/Albert Lea Tribune

Stolaas said he and his wife, Tammy, received a $200 gift from Randy and Helen Mickelson years ago with no strings attached. Stolaas said the event changed his life by showing him that the greatest things you can give in life are your time and money without expecting anything back.

Stolaas said, while embroidering the towels takes up most of his spare time, he still gains satisfaction from it.

“It just made me feel good, making them and handing them out,” Stolaas said. “I couldn’t quit. There were smiles.”

He said one situation illustrated why he does what he does.

Stolaas said he was asked once by a woman to make a towel for surviving cancer.

He made her a few towels and shipped them to her. 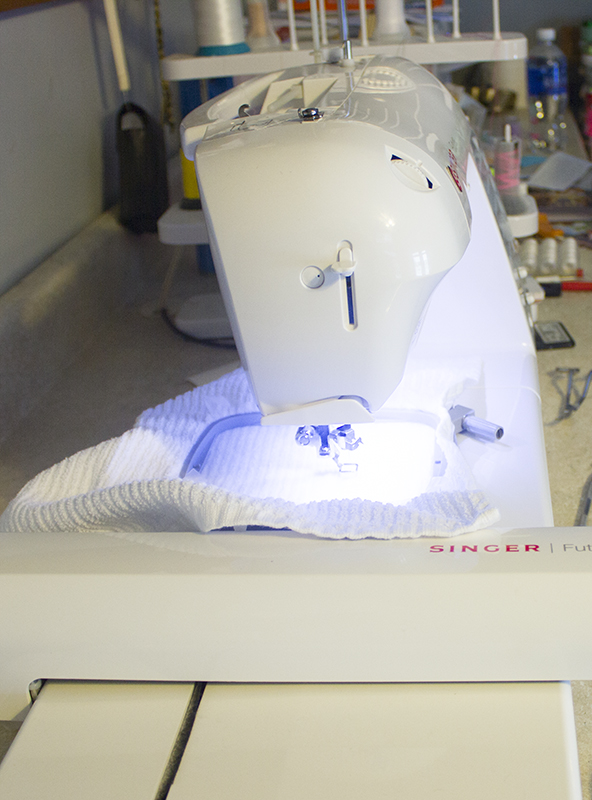 Stolaas has been helping raise cancer awareness for a long time.

Dating back to his childhood, he participated in cancer awareness events in Albert Lea.

Once she left home, Stolaas continued the tradition by buying and donating 1,000 pink pens.

Stolaas also bought more than 50 co-workers a pink pen and an emergency light to raise awareness.

He has first-hand experience with the effects cancer can have on a person and a family.

His mother, Betty Stolaas, was diagnosed with cancer and given six months to live in 1987. She’s still alive today. He calls it a miracle.

His best friend, Shawn Harriman, died from cancer in 2000.

Stolaas said the events raised his awareness of the disease.

Stolaas joined the Marine Corps in 1982 and was stationed at Camp Pendleton in San Diego. After leaving the Marines, he worked for Possehl Construction for a couple years, before moving on to ABC Seamless for approximately 10 years.

Stolaas then worked for Edwards Manufacturing, before transitioning to the U.S. Postal Service.

Tammy assists him in the day-to-day creation of the embroidered towels.

435 – Embroidered towels Stolaas has made through Jan. 8

4 – Children of Scott Stolaas and his wife, Tammy 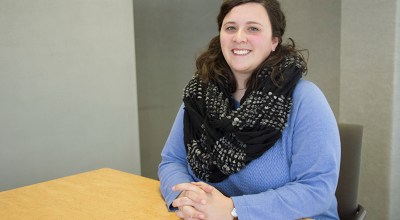