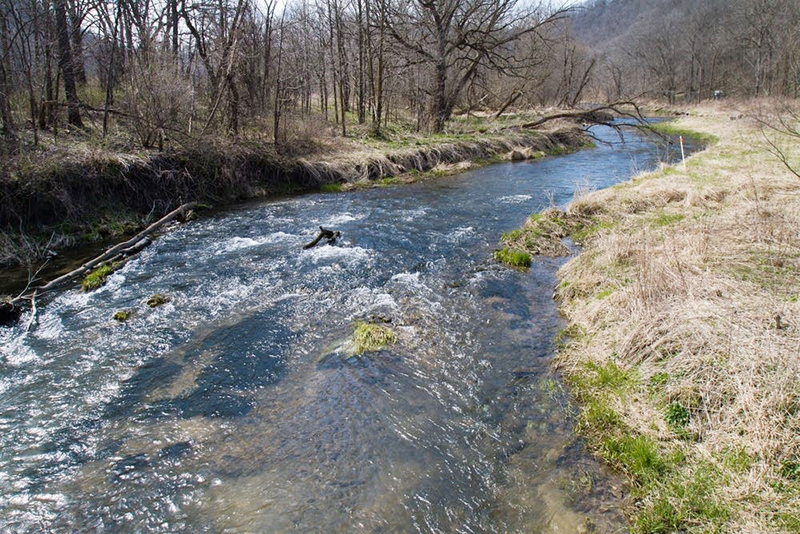 Water flows down the Whitewater River near Crystal Springs in April. The area was the site of a large fish kill last year. Officials failed to identify a specific cause and instead suggested a mix of “biological, chemical and environmental conditions” could have been to blame. - Alex Kolyer/File for MPR News

Minnesota is adding more than 300 lakes, rivers and streams to its list of waters impaired by pollution.

About two-thirds of Minnesota watersheds have been tested and 40 percent of Minnesota rivers and lakes have been found to be impaired by farm runoff, bacteria, mercury or other pollutants.

The state must submit a list of polluted waters to the federal Environmental Protection Agency every two years. The list grows as Minnesota examines more waterways across the state.

The federal Clean Water Act said water should be drinkable, fishable and swimmable.

Much of the polluted water is in western and southern Minnesota, where agriculture is most intense.

“We measure directly how are the fish and the bugs in the water doing. And we do see a lot of the streams in that part of the state where the fish and bugs are not doing very well. They’re not very healthy populations,” Skuta said.

By 2020, Minnesota will complete an assessment of all 80 major watersheds in the state.

Lakes and streams will then be monitored every 10 years will show if the state is reducing pollution.

The MPCA proposes removing two bodies of water from the list this year because of improved conditions.

“Which proportionately compared to the number of waters on the list is a very small number,” said Skuta. “But it does speak to how once we damage waters, how hard it is to repair them.”

State agencies and local governments across Minnesota are in the process of developing plans to restore polluted waters.