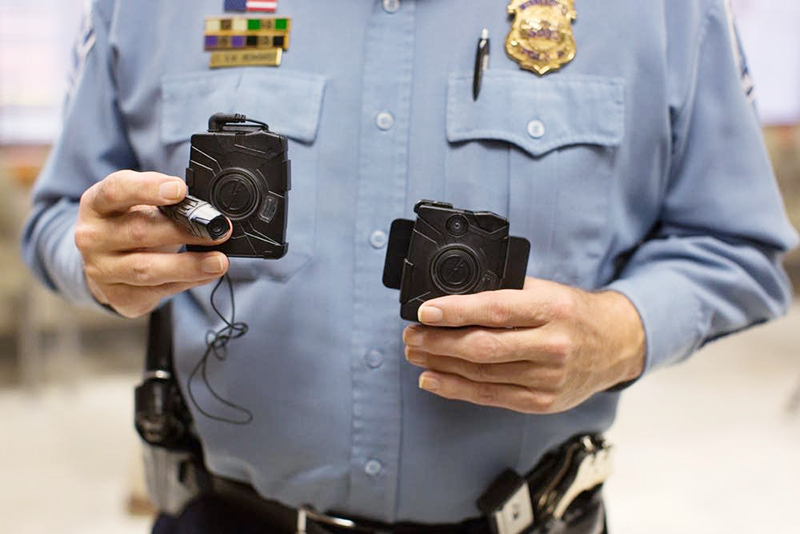 Now that some Minneapolis police officers have started wearing body cameras, Mayor Betsy Hodges and Police Chief Janee Harteau on Friday responded to some of the concerns city residents have raised over how the cameras will be used.

In a statement, Hodges and Harteau addressed nine issues raised during a series of community meetings held earlier this year.

Participants in the listening sessions asked when cameras will be used, whether officers will have to notify people who are being recorded and if officers who violate the policy will be disciplined.

According to the department’s new body camera policy, officers should use their best judgement in many situations — including whether to seek permission from someone before recording them with a body-worn camera.

“There are a number of situations where it is either impractical or inadvisable to obtain consent,” reads the statement. “For example, it can be impractical when a large number of people are involved. Or, for example, it can be inadvisable when responding to a domestic-violence situation: in that case, the perpetrator of the violence should not be able to dictate whether the officer activates a (body-worn camera).”

The department’s policy says an officer should “make an effort” to notify a victim or witness that they are being recorded and “should attempt to gain their consent” to record a statement.

The policy lists more than a dozen situations in which officers are required to activate their cameras, including all traffic stops, suspicious person and vehicle stops, vehicle chases, and any public contact that involves verbal or physical confrontation.

Officers who fail to turn on cameras, misuse the equipment or deliberately damage or alter the equipment or footage “will be subject to discipline, up to and including termination,” reads the policy.

The joint letter from Hodges and Harteau includes an apology for not releasing the explanations behind the body camera policy sooner. “It was our intention to release the attached document before the body camera policy itself was made public; however, the policy was posted before we were able to explain fully to the community the considerations that went into the policy,” reads the letter. “We apologize for this mistake.”

Officers in downtown Minneapolis are already wearing body cameras. Police in the 4th Precinct, which covers north Minneapolis, are also being trained and equipped with body cameras and are expected to start wearing them by the end of the month.