Edwin B. Petersen, a long time Oakland area farmer, celebrated his 100th birthday on June 18, with over 160 of his family present.

Petersen, whose birthday was May 5, is the son of Danish immigrant parents who originally homesteaded in South Dakota but moved to the Albert Lea area in 1937. A few years later he bought his own farm in the Oakland area, originally a dairy farm, but later transitioning to hog and crop farming. He married Vera Barnes of Montana in January 1949 and they went on to raise 12 children, who all graduated from Austin High School. 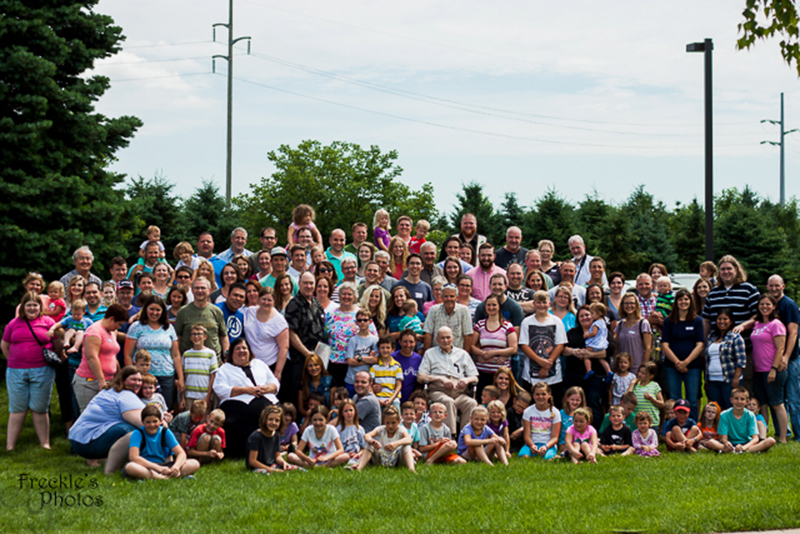 Edwin B. Petersen, a long time Oakland area farmer, celebrated his 100th birthday on June 18, with over 160 of his family present.-Provided

In addition to farming, Petersen served as Farm Bureau president, was on the Oakland elevator board, was a long-time weekly columnist for the Albert Lea Tribune penning “One Farmer’s View”, a one-time candidate for Minnesota State Representative and has been very active as a leader in the Church of Jesus Christ of Latter-day Saints. He and Vera have traveled to 24 countries around the world. Vera passed away last year in June at the age of 95.

In addition to their 12 children, the Petersens have 63 grandchildren and 137 great-grandchildren. Many of them came from all over the United States to Austin the weekend of June 18 to honor and celebrate with their father, grandfather and great-grandfather, now a centenarian. Petersen still lives in his home in Oakland.