AUSTIN — For Becky Rasmussen, finding her job as executive director at the Parenting Resource Center was a “serendipitous” experience.

Rasmussen was at a cross roads with her job with Austin Public Schools in the fall of 2015. She enjoyed working as a mental health practitioner, but felt she hadn’t found the perfect job for her yet. 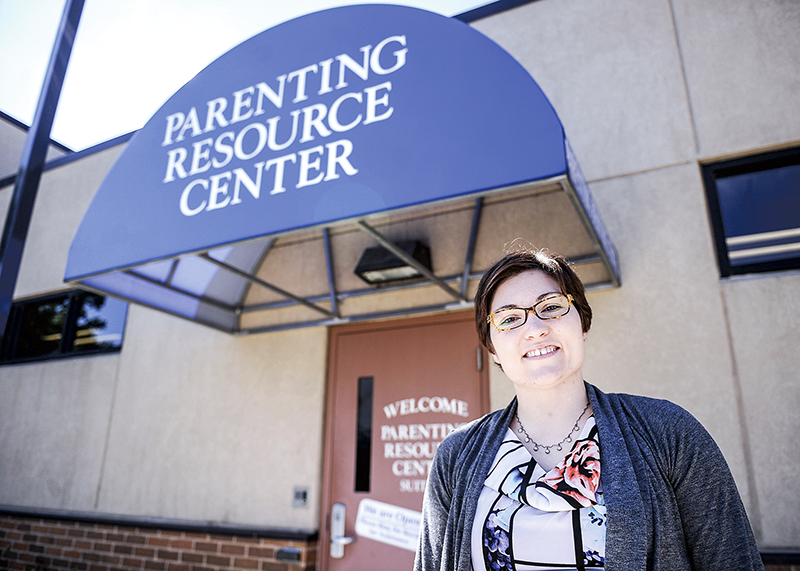 Becky Rasmussen is the new executive director for the Parenting Resource Center, a position she took over this past winter.- Eric Johnson/Albert Lea Tribune

“I loved what I was doing, but I felt I could create more change in a positive way in the community,” Rasmussen said.

It wasn’t until after she attended training she wanted to make a career change. Coincidentally, someone stopped by her office a few days after returning to work to inform her of the opening at the Parenting Resource Center.

“It all came together,” Rasmussen said.

She officially started in January and has learned a lot in the time she’s been there.

“It has definitely taught me a lot about the strength of community partnerships,” Rasmussen said.

The Arcadia, Wisconsin, native received her bachelor’s degree in geoscience from Winona State University and her Master’s at Capella University in school counseling before coming to Austin.

As director, her job is to be involved in day-to-day activities at the center, oversee various programs and write grants, among other tasks.

One of her favorite parts of the jobs is being able to help the community and create programs to support others in the best way.

“I don’t know if there’s words to describe it. The service is invaluable,” Rasmussen said. “The people here truly believe in what we do.”