‘Pretty Woman’ filmmaker Garry Marshall dies at the age of 81

LOS ANGELES — Garry Marshall knew how to tug at moviegoers’ heartstrings, whether with unlikely love in “Pretty Woman” or sentimental loss in “Beaches.”

But it was goofy, crowd-pleasing comedy that endeared the writer and director to generations of TV viewers in hit sitcoms including “Happy Days, “Laverne & Shirley” and “Mork & Mindy.” Marshall, who died Tuesday at 81, said in a 1980s interview that humor was his necessary path in life. 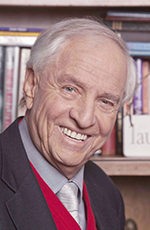 “In the neighborhood where we grew up in, the Bronx, you only had a few choices. You were either an athlete or a gangster, or you were funny,” the New York native said.

Marshall also had a memorable on-screen presence, using his hometown accent and gruff delivery in colorful supporting roles that included a practical-minded casino boss untouched by Albert Brooks’ disastrous luck in “Lost in America” and a crass network executive in “Soapdish.”

He died at a hospital in Burbank, California, of complications from pneumonia following a stroke, his publicist Michelle Bega said in a statement. An outpouring of respect and affection quickly followed.

Ron Howard, who starred as all-American teen Richie Cunningham on “Happy Days” before going on to become one of Hollywood’s top directors, wrote on Twitter that Marshall went by a simple mantra, “Life is more important than show business.”

“He was a world class boss & mentor whose creativity and leadership meant a ton to me,” Howard added.

Richard Gere, who starred opposite Julia Roberts in “Pretty Woman,” said in a statement that “everyone loved Garry. He was a mentor and a cheerleader and one of the funniest men who ever lived. He had a heart of the purest gold and a soul full of mischief. He was Garry.”

Henry Winkler, who starred as Fonzie on “Happy Days,” saluted Marshall in a tweet as “larger than life, funnier than most, wise and the definition of friend.”

“A great, great guy and the best casino boss in the history of film,” actor-filmmaker Brooks posted on Twitter.

He rejected retirement, serving as a consultant on CBS’ 2015 reboot of “The Odd Couple,” starring Matthew Perry and Thomas Lennon, and appearing in an episode this year as Oscar’s father, Walter. Among his final credits was “Mother’s Day,” a film released last April starring Jennifer Aniston, Kate Hudson and Roberts.

Marshall, the brother of actress-director Penny Marshall, earned a degree in journalism from Northwestern University and worked at the New York Daily News. But he found he was better at writing punchlines.

He began his entertainment career in the 1960s selling jokes to comedians, then moved to writing sketches for “The Tonight Show” with Jack Paar in New York. He caught the eye of comic Joey Bishop, who brought him to Los Angeles to write for “The Joey Bishop Show.”

Sitcoms quickly proved to be Marshall’s forte. He and then-writing partner Jerry Belson turned out scripts for the most popular comedies of the ‘60s, including “The Lucy Show,” ‘’The Danny Thomas Show” and “The Dick Van Dyke Show.”

Marshall and Belson detoured into screenwriting in 1967 with “How Sweet It Is,” starring Debbie Reynolds, and followed it up with “The Grasshopper” (1970) with Jacqueline Bisset. But the two men kept their hand in TV.

In 1970, they turned Neil Simon’s Broadway hit, “The Odd Couple,” into a sitcom starring Jack Klugman and Tony Randall and produced by Marshall. It ran for five seasons and proved the beginning of a TV sitcom empire that lives on in unending 21st-century reruns.