Renate H. Senne, 79, of Elkhart, Indiana, formerly of Northwood, passed away peacefully at 6:12 p.m. Friday, July 8, 2016, following a long battle with cancer at Center for Hospice Care in Elkhart, Indiana. 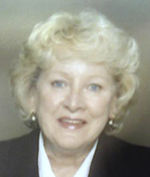 She was born July 23, 1936, in Stuttgart, Germany, to the late Ernst Heinrich and Alice (Schmidt) Zentner. She later married Arthur E. Senne on Oct. 20, 1956, in Stuttgart. He survives her at home after almost 60 wonderful years together.

Also surviving are children Robert (Kristen) Senne of Elkhart and Anita (John) Knudtson of Granger; grandchildren Matt, Nicole, Taylor and Sophia; and sisters Crystal, Lena and Hilde, who still reside in Germany; as well as several brother- and sister-in-laws and nieces and nephews who survive in both countries.

She was preceeded in death by her brother, Kurt Heinrich.

Renate’s life will be celebrated at 2 p.m. Wednesday at Silver Lake Lutheran Church, 705 Silver Lake Road in Northwood. Visitation will be one hour prior to the service. The Rev. Bill Peters will officiate. Burial will follow at a later date in Iowa.

True to her German heritage, Renate preferred hard work to idle hands. After coming to the United States following her marriage to Arthur, Renate and her husband managed their family farm for nearly 42 years. During that time, she was a devoted homemaker as well as working in the accounting departments of several large companies after earning her business degree. She was also a long-time Mary Kay beauty consultant. What free time she had was spent knitting, crocheting, baking, sewing and entertaining family and friends. She will be best remembered for her grateful hospitality and her huge comfort meals where no one left hungry.

Memorial donations may be given to the Hospice Foundation.