The Albert Lea School Board approved submitting a ballot question to add a seventh board member on November’s election ballot at Monday’s board meeting. 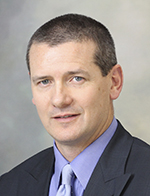 If approved by voters, the seat would be added to the 2018 November election.

Ciota said the board should not form an opinion of adding a seventh board member, noting he thinks the issue is best left for the voters.

He said something great about adding a seventh board member would be the elimination of ties the board has faced in the past, but noted that some board members don’t think having a tie vote is a bad thing.

The board addressed adding a board member last year, but did not take action on it because of the cost that would have been incurred in a special election year.

Johnson said though she had no problem with the measure being on November’s ballot, she was concerned that there would be four board members up for election at a certain point, causing a problem with continuity and consistency.

Leland said the measure should be left to the public to decide, noting having the public vote on having a seventh board member is in response to requests for more of a voice. He said he was confused that Johnson and Marin voted against the measure because of their advocacy for the public to have more  of a voice in the board’s governing process.