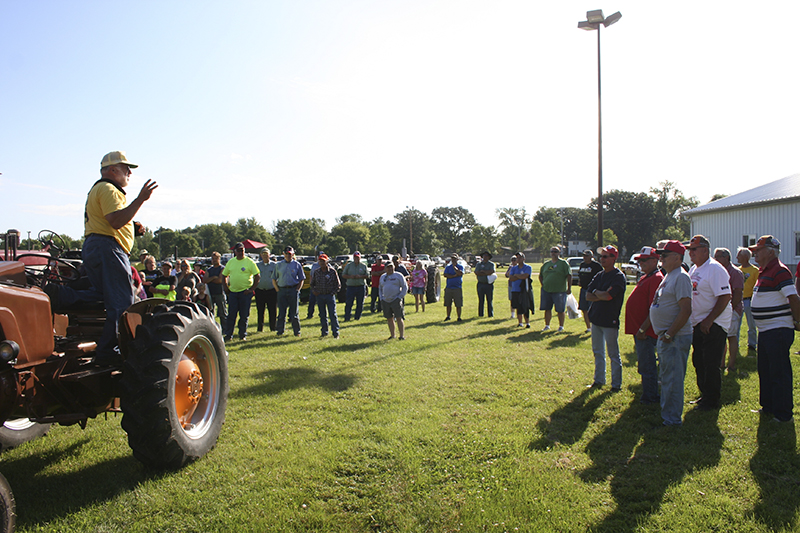 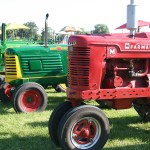 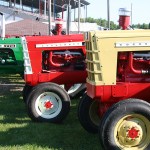 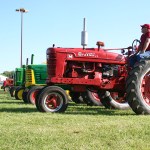 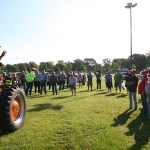 The sounds of tractor engines firing up rang out through the Freeborn County Fairgrounds as tractor riders prepared to ride through the streets of Albert Lea and surrounding communities for the Shinefest Tractor Ride on Saturday.

The Shinefest Tractor Ride has been a tradition for the community of Albert Lea for eight years.

The ride started as a way to raise funds for the Shinefest week of service — a week where 16 churches come together to give back to the community through projects, according to Tractor Ride organizer Dale Grotsun.

In its first year, Grotsun believed there were around 50 tractors. This year that amount nearly doubled, he said.

Darrell Folie of Somerset, Wisconsin, makes the journey over to Albert Lea every year to take part in the tractor ride.

Folie’s favorite part is getting to go back to his roots and talk to others, he said.

Talking to others and learning more about other people’s tractors is what second-time rider Jesse Larson said he enjoys the most about the Shinefest Tractor Ride.

The ride began at the Freeborn County Fairgrounds at 9 a.m. Saturday. The ride traveled in two groups; one traveling 10 mph and the other traveling 14 mph. The route went around local nursing homes with breaks throughout the ride.

At the end of the ride there was a dinner at Oakland Lutheran Church.