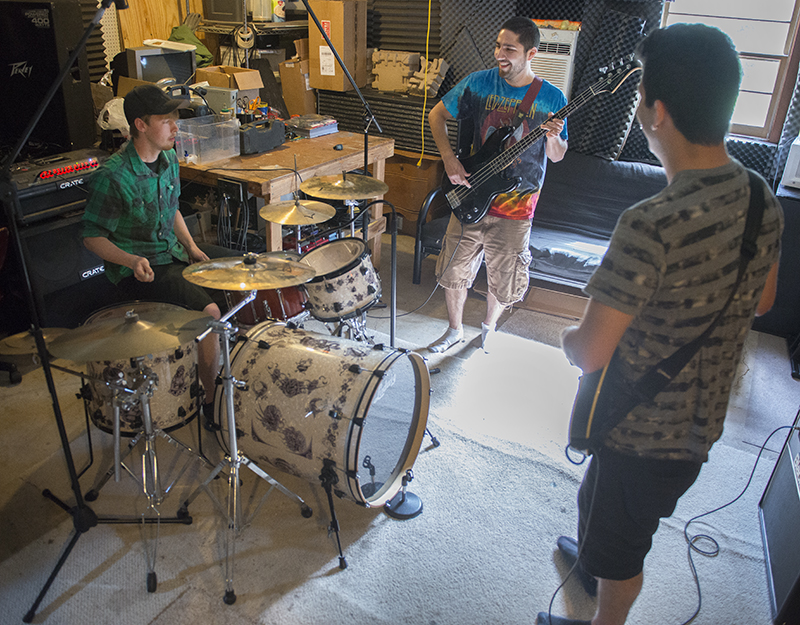 The Wicked Renegades — made up of Albert Lea natives Nathan and Alex Talamantes and Cody Olson — are a rock band that has been steadily gaining momentum in the area. - Colleen Harrison/Albert Lea Tribune

Band of A.L. natives looks to take its music to the masses

A local band made up of Albert Lea natives wants to become nationally-known and looks to expand its variety of music.

Brothers Nathan and Alex Talamantes — 2010 Albert Lea High School graduates — and Cody Olson — a 2013 ALHS graduate — are members of the Wicked Renegades, a band that plays a wide variety of music ranging from originals to covers of artists such as Stone Temple Pilots, Florida Georgia Line, Johnny Cash, AC/DC, Nirvana, Little Richard and Aerosmith, among others.

Nate Talamantes said though they enjoy playing music from great performers, he wants the band to eventually have more original music and become on par with the greats.

“We want to make that sort of stamp for ourselves, eventually,” he said.

Alex Talamantes, 25, and Olson, 21, said the name for the band was formed after the two kept singing lyrics from Stone Temple Pilot’s “Wicked Garden”  and X Ambassador’s “Renegades.”

Nate Talamantes, 25, said he has always enjoyed music, noting his taste in music was sparked by his father, Fabian Talamantes, a drummer in a series a bands. He remembered his father keeping a drum set in the family’s basement and listening to rock stations on the radio, exposing him to music at an early age.

He said he was inspired to play guitar after he learned that Jimi Hendrix was a left-handed guitar player.

Cody Olson said his father, Steve Olson, was also a drummer, noting his father got him his first drum set when he was 6 years old.

“I wanted to do something like that,” he said.

The band has a number of public performances coming up, including:

• 8 p.m. to midnight Friday at the Alden American Legion during an outdoor event

• 8 p.m. July 15 during an outdoor event at Geneva Bar and Grill as an opening act for Echo Messenger

• 7 p.m. Aug. 2 at the entertainment square during the Freeborn County Fair

Performances are also scheduled for Aug. 14 in Myrtle and for Aug. 27 during the Big Island Bar-B-Que.

The band played last weekend in Ellendale for Ellendale Days and has performed at venues in Albert Lea, such as the Albert Lea American Legion, Aragon Bar and Green Mill.

Nate Talamantes said the band now has more time to practice together, noting that initially it was hard to find time to get together to practice with conflicting work schedules. The members now aim to practice four to five days a week to prepare for live shows for multiple hours at a time.

A fourth member of the band is on break, and the band has also featured a couple of local artists.

Alex Talamantes said he has been approached by people at shows who did not know he was a member of a band, noting the band is now able to play in a variety of venues because of the members’ ages.

He described music as a safe haven, noting that when life gets tough, playing and writing music puts those in the band at peace.

Olson said it’s exciting to play in front of friends and family, and described playing live music as an adrenaline rush.

“I just get the rush when I see people I know out there,” he said. “It’s cooler when they show up.”

Alex Talamantes said he wants concert-goers to enjoy music and socialization at their shows.

“We just like to bring people together, especially for music,” he said. 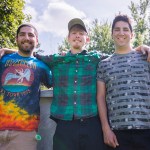 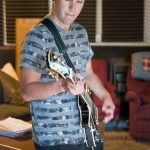 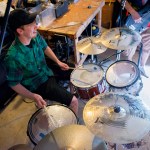 Wicked Renegades drummer Cody Olson first got into playing the drums thanks to his father, who was also a drummer and got Olson his first drumkit when he was 6 years old. – Colleen Harrison/Albert Lea Tribune 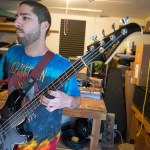 Wicked Renegades bass player and vocalist Alex Talamantes said he and his brother first got into music because of their dad’s influence on them growing up. – Colleen Harrison/Albert Lea Tribune 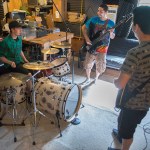 The Wicked Renegades — made up of Albert Lea natives Nathan and Alex Talamantes and Cody Olson — are a rock band that has been steadily gaining momentum in the area. – Colleen Harrison/Albert Lea Tribune