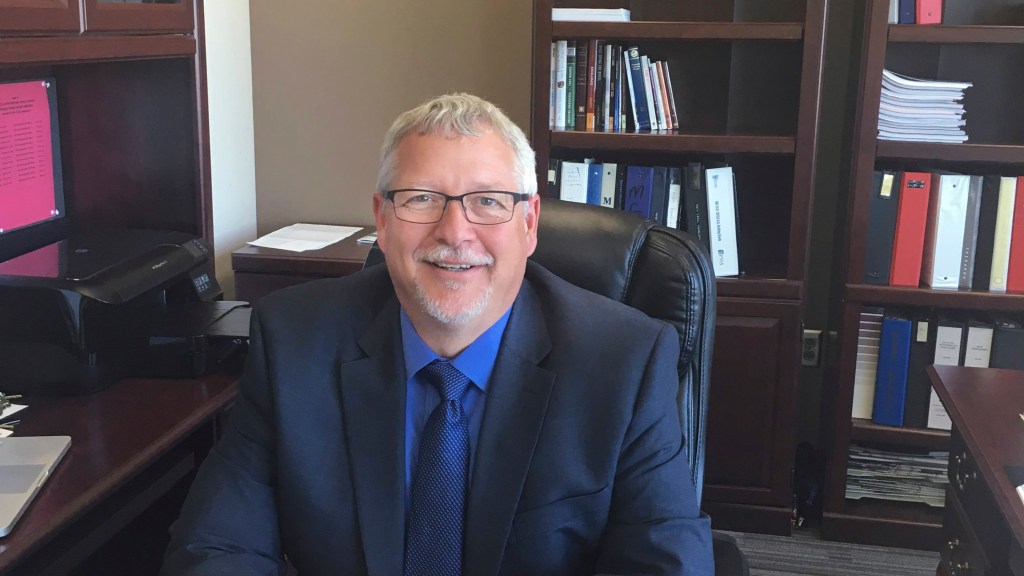 Keith Fleming has recently become the newly-assigned superintendent for the United South Central school district, a career move he said he is especially excited for in his future.

Fleming is a father of two, and loves what the USC school district is doing with its students, which he said he plans to maintain and improve upon in the coming years.

Regardless of having just begun the job in early July, Fleming has already developed a very positive first impression of not only the position itself, but also of what is happening with USC as a whole.

“I can tell this is a great school district,” Fleming said. “There are so many opportunities for the students.”

Those opportunities are present both in and outside the classroom, he said, where they provide enrichment at every angle.

Fleming said he is a believer in children and early schooling as a crucial opportunity for long-term community development. This is a focal point for Fleming in his campaign as superintendent, and he plans to create a positive and helpful learning environment for every student.

This passion for aiding in the development of youth is deep-rooted in Fleming’s work history, where he has experience as both a principal and vice principal in middle and high schools.

Prior to becoming USC’s new superintendent, Fleming worked for six years as principal of the Southland school district’s high school and middle school, located in Adams.

Another mindset that Fleming has when it comes to working with youth development in communities and school districts is to have a very ingrained “student focus,” where providing a quality 21st century education is the top priority, he said.

That student-focused atmosphere is a long-term development that Fleming said provides the biggest reward that comes with youth-educational jobs. He said the reward is seeing the pride students experience while receiving their diploma and graduating from the school district.

The reward for Fleming is the joy he receives knowing that the hard work he and his staff have put into community involvement has paid off, he said, and the fact that he can see his students become successful and productive members of society.

Interesting fact: Fleming loves to travel with his wife, Kelly