Woman injured in I-90 crash 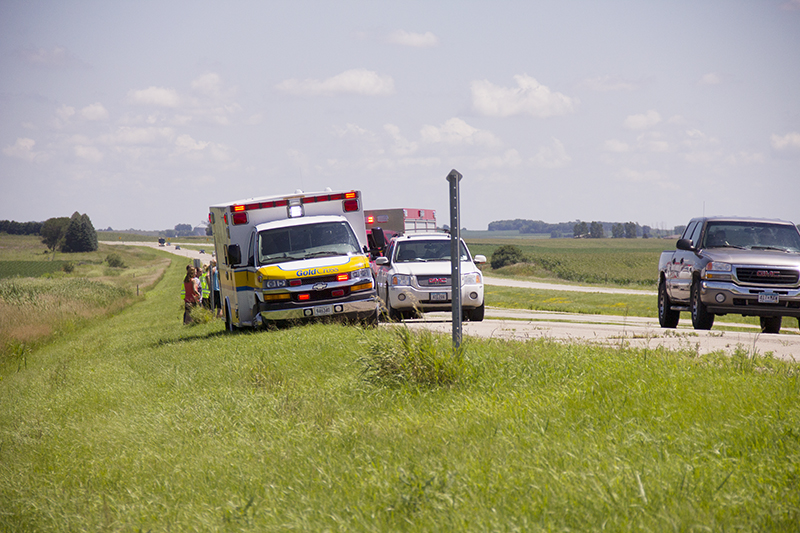 One person was injured in a crash Tuesday on Interstate 90 west of Albert Lea. - Sam Wilmes/Albert Lea Tribune

A Wisconsin woman was injured in a crash Tuesday on Interstate 90, west of Albert Lea.

Kathryn A. Bruenning, 66, of Argonne, Wisconsin, was transported to Mayo Clinic Health System in Albert Lea with an injury deemed not life-threatening.

A 1997 Western semi driven by Taylor L. Forsberg, 36, of Dunnell, and a 2015 Chevy Equinox driven by Louis E. Bruenning, 71, of Argonne, were driving east on Interstate 90 when a semi tire came off and struck the Chevy at 12:45 p.m., two miles east of the Alden exit, according to the Minnesota State Patrol.

Forsberg and Louis Bruenning did not suffer any injuries.

Kathryn Bruenning was a passenger in the Chevy.