2 more file for School Board

Two Albert Lea men who have filed for election for Albert Lea School Board said they have a passion for education.

Ken Petersen and Kendall Langseth filed for election to the board last week. 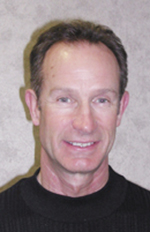 Petersen, 64, of 1716 Bay Oaks Drive is an Albert Lea High School graduate who has spent the majority of his life in Albert Lea.

As a member of the Education Foundation of Albert Lea board of directors, Petersen has helped provide scholarships and teacher grants to help educate students.

“I have a passion for education,” he said.

Petersen, who served on the School Board for about 10 years beginning in 1999 — seven as chairman — said his success during his first tenure proves he can bring people together as a leader, noting he wants the board to come together and show respect for each other.

He said he has talked to district employees and members of the community who have told him there are some issues between district staff and board members.

Petersen said the board needs to act in the best interest of students, noting he wants to analyze the district’s situation and gather information before making decisions and setting goals.

Petersen and his wife, Suzie, have two adult children who graduated from Albert Lea High School.

Petersen is general manager of central business units at Hubbard Feeds in Mankato. 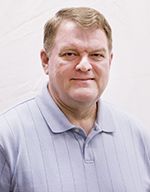 Langseth, 61, of 819 Blackmer Ave. said he wants to expand the community’s involvement in the education process, noting he would like to see the board more involved with discussions on educational programming.

Langseth and his wife, Marsha — a retired teacher — have three adult sons who went through Albert Lea Area Schools — Micah, Levi and Noah. Noah is a teacher in the Twin Cities.

“It runs deep in my family,” Langseth said of his family’s education roots.

Langseth said the desires of the community need to be listened to when education decisions are made.

“They’ve lost touch with the teachers and the community’s needs and desires,” Langseth said of the board.

Langseth, who unsuccessfully ran for a School Board seat in 2014, said he wants to expand  programming so students who are not covered by current programs do not fall through the cracks.

“We need to help those kids,” Langseth said.

As of Friday afternoon, six other people have filed for election to the board, including incumbent Vice Chairwoman Julie Johnson, Neal Skaar, Angie Hanson, Sonjia Hill, Aaron Phillips and Ellen Kehr.

The terms of board members Linda Laurie and Bill Leland are set to expire in January.

The filing period for Albert Lea School Board lasts until 5 p.m. Tuesday. Interested applicants must file at Brookside Education Center using the affidavit of candidacy provided by the secretary of state, according to Albert Lea Area Schools secretary Ashley Mattson.