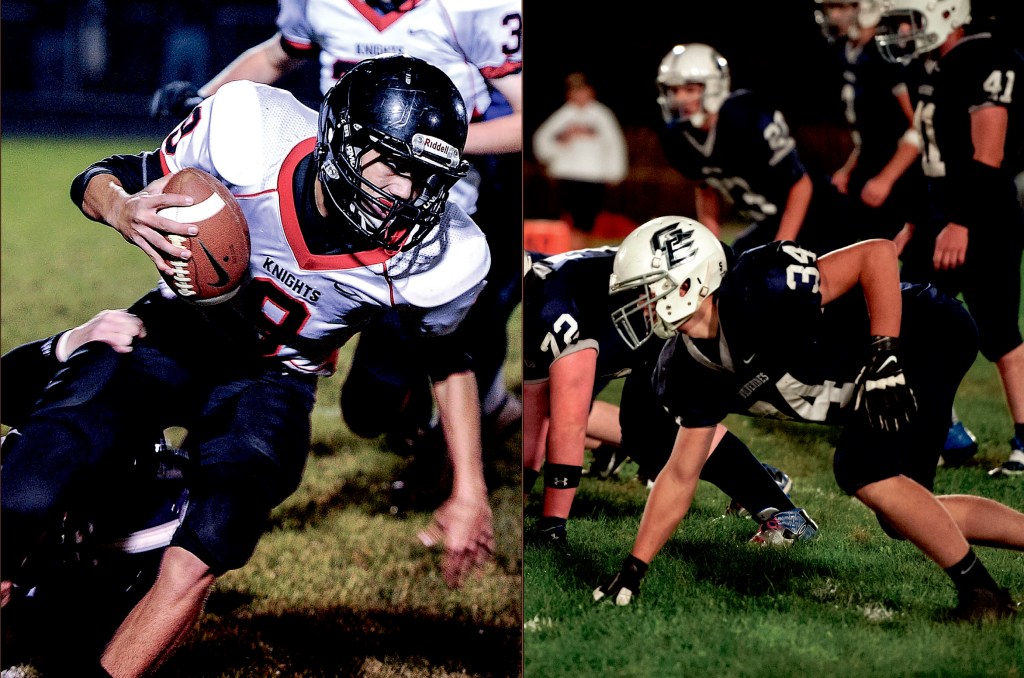 Two football programs that have struggled in the past will look for strength in numbers as they join forces this season.

Alden-Conger and Glenville-Emmons high schools will put their football teams into one cooperative team this year. Chad Mattson, who was the Alden-Conger Knights’ head coach last year, will be at the helm of the newly-joined team. Mattson said his biggest focus is on producing more wins this year, as both teams only won a single game each last season.

“We need to just start with setting our goals to become better than we have been in the past. Both the (Alden-Conger and Glenville-Emmons) teams only had one win last season, so to improve on that is the starting point,” Mattson said. “Hopefully we can gain some confidence along the way and keep building from there.”

The new team will be referred to as the AC-GE Knights, and started practicing together on Monday as a team in Alden. The AC-GE Knights will play home games on the field at Glenville-Emmons High School this season. A new field is being put together in the location of Alden-Conger’s football field from previous years, and will be used for home games starting next season, Mattson said.

Mattson will be assisted by Casey Soost and Josh Sorensen, who were also assistant coaches with the Alden-Conger team last year. Jared Matson, the Glenville-Emmons Wolverines’ head coach from last season, was going to be a part of the new team, but ended up taking another job outside of the area. Mattson said the two teams were merged after Glenville-Emmons routinely had low numbers and struggled to fill out its roster. As of this week, Mattson said there were around 35 athletes practicing together as a part of the new team.

Mattson said he can’t single out a position or side of the ball as a possible strength or weakness this early in the year, as the two teams haven’t worked together for long enough yet to determine either way.

“I would like to think our group of seniors will be the strength with their abilities to lead and encourage our younger athletes,” he said. “The biggest weakness I think will be getting the kids past the previous couple of seasons and getting into a mindset of winning.”

The newly-formed team will still compete in the Southeast Conference, in the nine-man South District. Mattson believes the conference favorite will likely be Grand Meadow once again.

For the fledgling team to be successful, Mattson said it will take a lot of effort on the part of his athletes.

“The biggest key will be for our team to mesh together as it is our first year playing as a co-op,” he said.