A.L. alumni to be recognized

The Education Foundation of Albert Lea and Albert Lea Area Schools are pleased to profile the last two of four recipients of the 2016 Distinguished Alumni Award: Bruce Peterson and Nancy Ophaug Beers, according to a press release. The first two will be profiled in last Sunday’s edition of the Tribune.

These alumni will join two others in “Celebrating 16 years of Success in 2016.” All four will be recognized at the Education Foundation’s Pathways to Success Celebration on Sept. 8 at Wedgewood Cove in Albert Lea.

Prior to the banquet, the sixth annual public forum will be from 4 to 5:45 p.m. at Wedgewood Cove. The ticketed evening will begin with a social gathering and a cash bar at 6 p.m., followed by dinner and the program at 6:30 p.m.

Reservations may be made by going to the Foundation website at www.efal-us.org/PathwaystoSuccess.htm, filling out the response form and mailing it with a check for $40 per adult ($11 per child age 12 and younger) to the Education Foundation of Albert Lea, P.O. Box 828, Albert Lea, MN 56007. Questions should be directed to Lilah Aas, president of the Foundation’s board of directors, at the Foundation email address edfound.al@gmail.com.

Bruce Peterson is another remarkable distinguished alumnus of Albert Lea High School. By the time he graduated in 1968, he had become one of the top scholars in his class and had been involved in athletics, drama and student government. 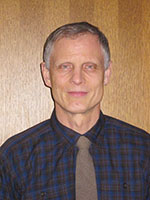 Following graduation from Cornell, Peterson served as a VISTA (Volunteer in Service to America), the predecessor to the Americorps program, working in the Puerto Rican section of Williamsburgh in Brooklyn, New York, with a community-run housing development company that fixed up abandoned tenements in the neighborhood.

In the fall of 1975, Peterson started Yale Law School. He said he really enjoyed law school, especially the chance to listen to the best legal minds in the country — people such as Bruce Ackerman, Robert Bork, Thomas Emerson, Robert Fiss and Guido Calabrese.

Following law school Peterson became a special assistant in the criminal division of the Department of Justice for a year, before taking a position for six years as a federal prosecutor in the District of Columbia, the last two years handling exclusively first-degree murder, rape and child sexual abuse cases. He was awarded five straight Outstanding Performance Awards from the Justice Department.

Peterson finally persuaded his wife Lissa to brave Minnesota winters and move back to Minnesota in 1987. They bought a house in South Minneapolis, where they have lived ever since and where they raised their only child, Emma, who now works with an interior design firm in Chicago.

In Minnesota, he worked initially with private law firms and did much pro bono work on behalf of low-income families. In 1999, he was appointed judge of the 4th Judicial District in Minnesota, and has been re-elected three times.

Judge Peterson has received many awards for his outstanding and professional legal work, but it is his volunteer work and innovative programs that make him stand out from other lawyers and judges. He founded the Co-Parent Court in 2010, which provides an alternative to traditional divorce proceedings that are adversarial in nature. His main concern in creating this new program was for the safety and protection of children involved, especially those whose parents are not married. The media, including the Minneapolis Star Tribune and Minnesota Public Radio, praised the program, and he has published articles and been interviewed about his “Lawyers as Peacemakers” and the “Importance of Mindfulness” programs as well. He also created a foundation to give cash awards to people “who act from the heart” in service to their communities.

In an article published by the StarTribune last Christmas Day, Peterson wrote, “Everywhere I go, I see people working to make the world a better, more humane place.” It’s clear Peterson is one of those people himself.

Nancy Ophaug Beers, a 1970 graduate of ALHS, is a national leader in the area of disaster relief and trauma recovery. Using her passion for vulnerable populations and her constant energy, Beers has worked to professionalized disaster relief and recovery work for families and children across the country traumatized by natural and human-caused disasters.

After attending Northside Elementary School and graduating from ALHS, she attended Gustavus Adolphus College where she received a Bachelor of Arts in chemistry and biology.

After marrying her high school sweetheart, Will Beers, the two moved to California where Beers worked as an industrial engineer for 3M in Camarillo. Later moving to Colorado, she worked for the Department of Energy as an analytical chemist before coming back to Albert Lea. Her focus then shifted from science to the complex world of trauma relief and recovery work as the result of two opportunities: her work as a local court advocate (guardian ad litem) for the children and families in southern Minnesota, and her eventual work with disaster-impacted communities following the Austin flood of 2001. 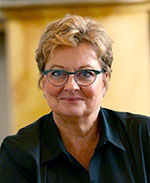 Beers was hired by Lutheran Social Services of Minnesota to serve as a disaster case manager, eventually becoming senior director of disaster services for LSSMN, where she spearheaded disaster long-term recovery work wherever Minnesota needed her. Through her work, Beers became a subject-matter expert for the state of Minnesota and the Lutheran Disaster Response Network on long-term recovery issues, especially disaster case management and mental health issues related to disaster trauma. For her work at LSSMN, in 2012, Beers was awarded the LSS Breakthrough Award and in 2013 was awarded the LSS CEO Leadership Award for Excellence.

In 2014, she accepted a new position with the Center for Disaster Philanthropy, headquartered in Washington, D.C., whose mission is to “transform the field of disaster philanthropy to increase donor effectiveness throughout the lifecycle of disasters through educational, fund opportunities and strategic guidance.” She was hired to develop a program for a new $2.1 million fund, which focuses on supporting vulnerable populations in 10 states in the Midwest. She has traveled extensively in the region, engaging community partners and developing resources for community leaders as well as regional and national partners. Her work includes ongoing recovery efforts on the Pine Ridge, Crow Creek and Lower Brule reservations in South Dakota, work in and around Tulsa, Oklahoma, flood recovery in rural Nebraska, tornado recovery in Eureka, Kansas, and widespread flooding in multiple counties in Missouri and southeast Arkansas.

Beers has grown from being a local influence, to becoming a regional, state and national leader in the area of disaster relief and recovery. She is a sought-after speaker, author and trainer/educator on the issues of trauma and disaster relief and is a noted expert on issues related to children as victims of trauma.

Though Beers is often on the road with her work, she and her husband, Will, reside in Albert Lea. Their three children and their families live in Minnesota, California and Florida.