Albert Lea Civic Music gears up for another schedule of concerts 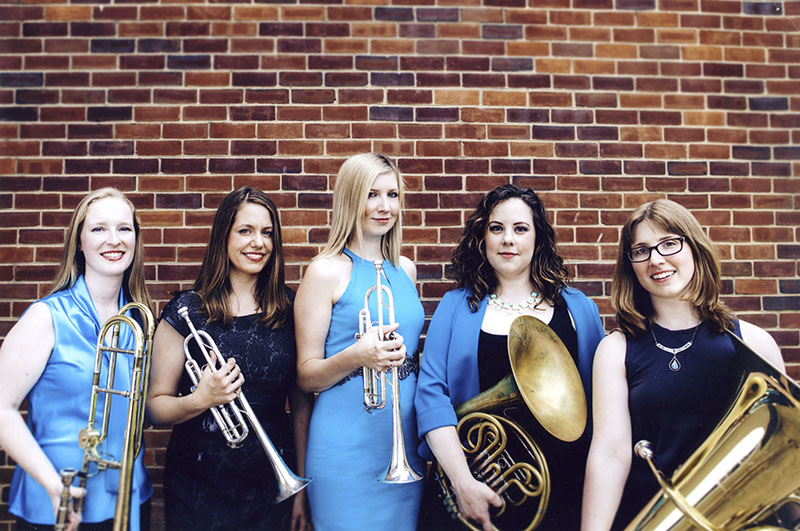 Seraph Brass will be the first concert of the 2016-17 Albert Lea Civic Music series on Sept. 25. - Provided

Sue Jorgensen, who oversees publicity for the music series, said this year’s tickets cover 14 concerts, including five in Albert Lea, plus four in Clear Lake, Iowa, and five in Austin under reciprocity agreements.

Jorgensen said there is something for all musical tastes.

“The concerts are wonderful,” she said. “We’re really thrilled with the concerts we have lined up this year.”

Admission to the series of five concerts is by season ticket only. The fee for the season is $45 per adult, $15 per student and $95 per family.

Radiant and charismatic, Seraph Brass is sure to make an exciting musical evening.

FIR is made up of a pair of Irish singers who have traveled the globe performing for audiences around the world. From singing with top orchestras to landing leading roles in the musicals and operas of London and Ireland, these two voices are sure to impress.

Fourteen of the finest young musicians in Moscow come together to make this ensemble, which has a large and devoted following in Russia and several countries throughout the world. Founded in 1991, the orchestra did its last major Midwest concert tour in spring 2003. The night of the concert in Albert Lea, there will be an option for the audience to choose which concert selections they would prefer to hear, as well as which member will solo that evening.

A bonus concert featuring Civic Music scholarship recipients from the previous year will be May 31, 2017.

Where: Albert Lea concerts will be in the Albert Lea High School auditorium

Info: Memberships available at www.albertleacivicmusic.com or before each local concert at Albert Lea High School