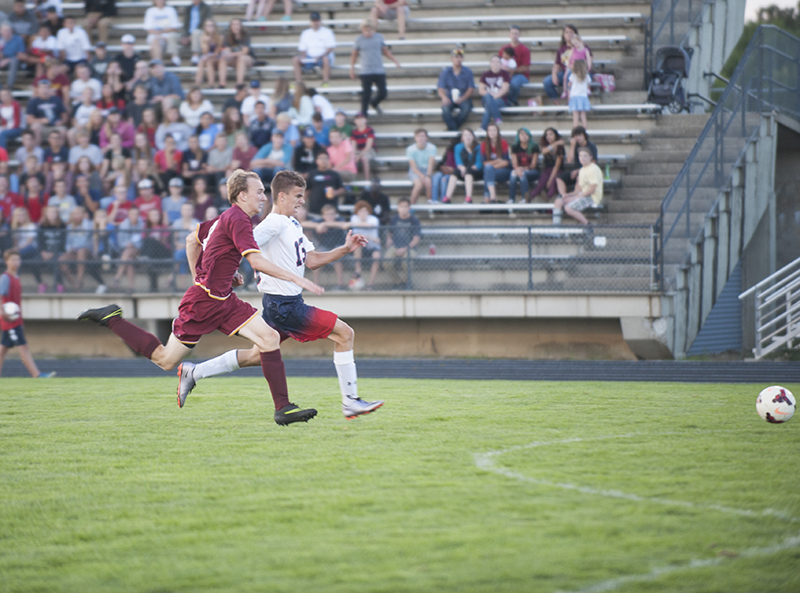 The Albert Lea boys’ soccer team couldn’t have asked for a better start to its season — two games, two wins and no goals allowed.

While the Tigers’ effort didn’t pay dividends right away, they eventually cracked the defense a little more than 13 minutes into the match.

Albert Lea forced a turnover and captain Sam Ehrhardt passed a perfect through-ball ahead to striker Lennon Shimon, and he did the rest as he boomed it past the keeper Jordan Newcome to give the Tigers 1-0 lead. 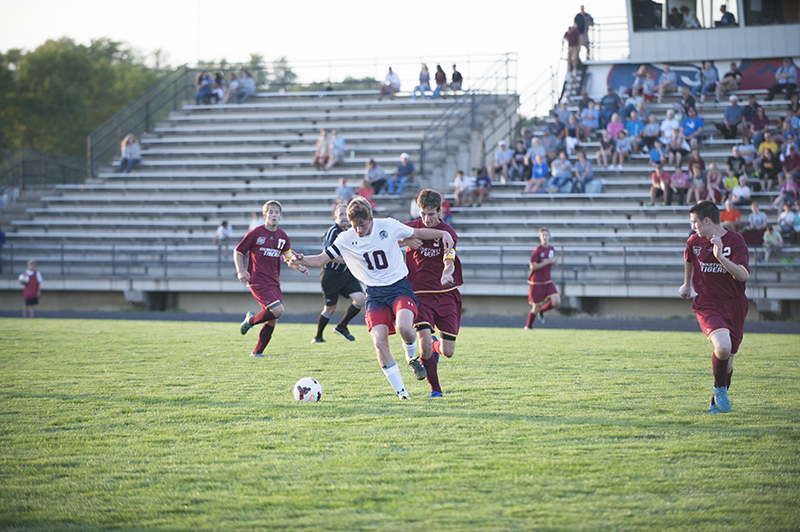 Albert Lea’s Sam Ehrhardt (10) holds off Stewartville’s Alex Vande Loo to gain possession of the ball in the first half Monday. Ehrhardt had one goal and one assist in the Tigers’ win.

Later on, Drew Sorenson sent a cross into the box. It was clearly a pass, but it ended up being more of a shot as it curved toward Newcome. His shot-pass put Newcome in such a spot that the he tried to make a play on the ball.

The ball glanced off his hand and into the goal, and gave Albert Lea a 2-0 lead.

Moments later, Ehrhardt, who assisted on the first goal, got one of his own as he put in a deflection off a corner kick.

Albert Lea’s final strike of the game came courtesy of Cole Indrelie, who bended one in from the left side into the top right corner of the goal.

The two teams would play to a stalemate in the second half.

Through two games, the Tigers have scored 10 goals.

It wasn’t until the 10th game last season that the Tigers scored their 10th goal.

The two shutouts this season put them halfway to their shutout total of 2015 — four.

The Tigers will look to keep the offense rolling and the defense stifling as they host Worthington tonight.