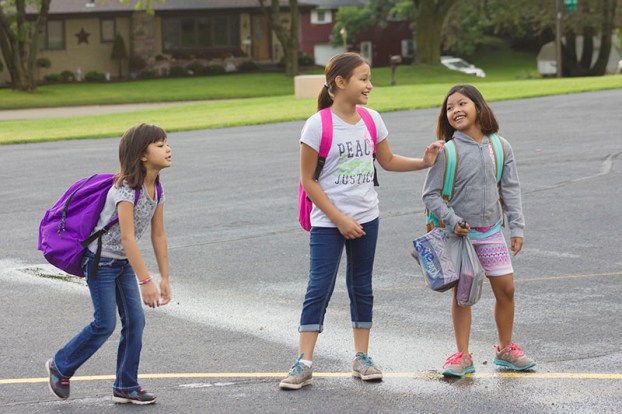 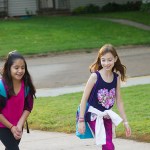 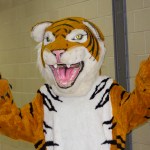 The district had the Tiger mascot at two elementary schools this morning. – Sam Wilmes/Albert Lea Tribune 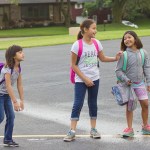 Albert Lea students and staff flocked to school this morning for the first day of the year.

Students started arriving at Halverson Elementary School around 7:30 a.m., and were met with excited staff.

“I haven’t seen them all summer,” said media clerk Kathy Thompson. “I miss my kids.”

Success coach Johanna Reyes said her favorite part of her position is working with students from different cultures to make them feel welcome.

“I am excited to be a part of their world and help them grow,” Reyes said.

Superintendent Mike Funk said he is as prepared for this year as any since he arrived in Albert Lea in 2009.

He said Albert Lea High School is adding to its Advanced Placement courses this year, and teachers are adjusting more to standards.

More than 560 students at Southwest Middle School will get new Chromebooks, Funk said.

Though controversy has been sparked since Funk announced the early start in October, he said he is glad school is starting early.

First semester will be done by Christmas, Funk said, who noted the early start will allow for seven extra days of instruction before AP exams and for the Minnesota Comprehensive Assessments.

“In this district, the needs of the students come first,” he said.

Halverson fifth-grader Jal Thoat said he was glad to be back at school to see friends he has not seen all summer.

He said his favorite class is gym because he can go outside, run and play a lot of games — especially dodgeball, his favorite.