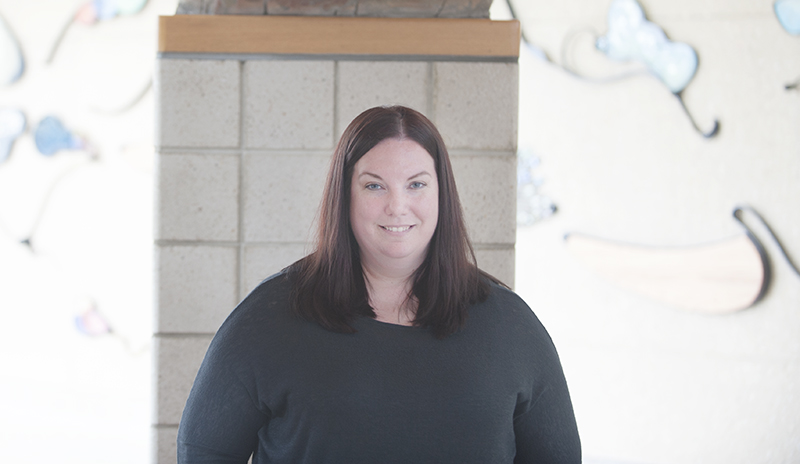 Catherine Baumann has taken over the head coaching duties of the Albert Lea volleyball program in just her second year with the team. - Jarrod Peterson/Albert Lea Tribune

There has been an influx of new head coaches at Albert Lea High School for fall and winter sports.

The football, girls’ soccer and boys’ basketball teams will all see new coaches this upcoming sports season. So, too, will volleyball. Catherine Baumann was named the head coach of the Tigers volleyball team in May, and she is looking forward to the new position.

“I am excited for this opportunity,” Baumann said. “It was a little overwhelming at first, but I got over that initial feeling. I think this group is ready to take the next step after having a competitive season in 2015, and I am excited to lead this group.”

Baumann is in her second year in Albert Lea and teaches sixth-grade science at Southwest Middle School.

She has an extensive background in the sport, having played in high school at Walnut Grove. She attended  Minnesota State University, Mankato, then returned back to Walnut Grove to teach and coach for a total of 10 years, with the last five years coming at the junior varsity and varsity level.

“To me, coaching is an extension of teaching,” Baumann said. “I love coaching and being around the girls. I love the game of volleyball. I just really enjoy my time.”

Last year’s team finished with a record of 8-17 and lost some good players to graduation, but Baumann said this summer has been filled with determination from returning players and leadership from seniors.

“As the junior varsity coach last year, I noticed a lot of young, talented players,” Baumann said. “When I was a coach at Walnut Grove, we only had three teams — varsity, junior varsity and C-team. Normally, I would have a few seniors on my team. That wasn’t the case at Albert Lea. I had juniors, sophomores and freshmen, so I think it was important for them to get that playing experience at a higher level. I hope it translates this season.”

The Tigers will return seven players who have varsity experience. As the season quickly approaches, Baumann has seen some improvements throughout summer workouts.

“Their enthusiasm is definitely there,” Baumann said. “The girls have really taken workouts and practices to heart. I like to see even the slightest bit of improvement in a player, and I have seen that so far.”

The season starts Aug. 15 and while the Tigers and Baumann are working hard, both are still figuring each other out. Baumann admitted there might be some growing pains and some challenges.

“The toughest thing for me will probably be finding each girl’s niches, in terms of positioning,” Baumann said. “It’s never easy finding the right recipe for success, but it’s something a coach has to do.”

And the nice thing is that she might have quite a few players from which to choose, because 20 players have routinely shown up for workouts and playing summer traveling volleyball. Albert Lea has also attended team camps.

“I feel the competition the girls are playing against is something that will only make them better for the upcoming season,” Baumann said.

The Tigers will need to bring it, too, having to play in a tough conference with four teams finishing with at least seven or more conference wins in 2015.

“I’m looking forward to the season,” she said. “All the hard work we have put in this summer, we are looking for it to pay off.”