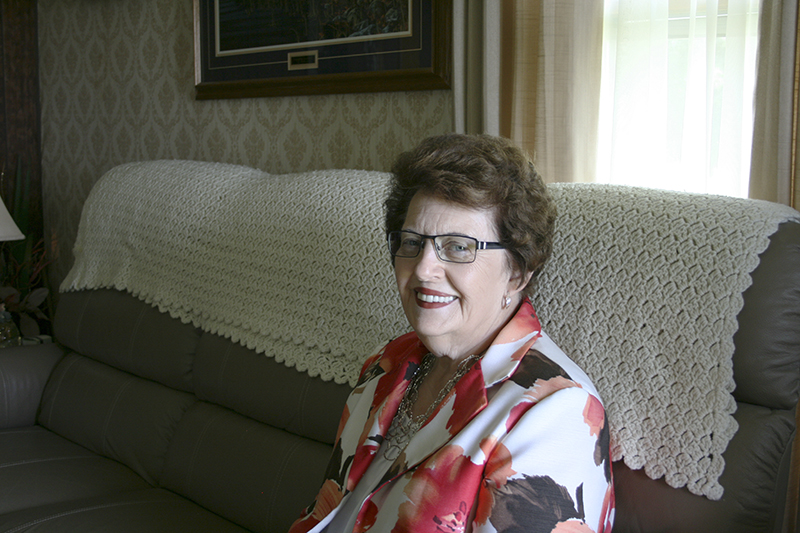 Darlene Kvam will soon retire from Wells Fargo after 50 years of work at the bank. - Sam Ehrhardt/Albert Lea Tribune

Wells Fargo will soon lose an employee of 50 years.

Kvam’s career at Wells Fargo — then National Bank — began May 15, 1966. Kvam was enrolled in Mankato Commercial College at the time, and was looking for a job in the financial field, when her mother suggested a job at Wells Fargo. Kvam applied for the opening and was accepted. The Wells Fargo job worked out perfectly, she said, as the company allowed her to continue going to school despite her job.

When Kvam started at Wells Fargo, it had none of the technology it has today.

“Everything was manual,” she said. “We had no computers or anything.”

Though banking has changed tremendously since those first days, Kvam has been a quick learner through it all. She picked up many different parts of the banking process, including investments, bookkeeping and telling.

Kvam said she is more than satisfied with the treatment she has gotten from the bank.

“The bank has been very (good) to me,” said Kvam, adding that “they have great benefits for me.”

She noted that the bank has taken her on multiple vacations — a few of which were to Hawaii, Orlando and Arizona.

Kvam also fondly recalls another time she travelled to Hawaii, this time with her husband, Lee. The two married in 1967, marking next year as their 50th anniversary. They now have two children, Jason and Brian.

After they married, Kvam quit her job and went to Hawaii with Lee, who was in the Navy at the time. After nine months, the two returned, and Kvam applied once more to Wells Fargo. She got the job again, this time starting in the commercial window.

In her long, successful career at Wells Fargo, Kvam has learned much about working in general. She acknowledges that it isn’t always easy to stay with  a career.

“A lot of people get jobs at Wells Fargo, work for a while, and then give up on it,” Kvam said. “Give the job a chance.”

Kvam added a few more words of wisdom on how to enjoy a career: “Have personal goals,” and “If you work hard, you’ll succeed.”