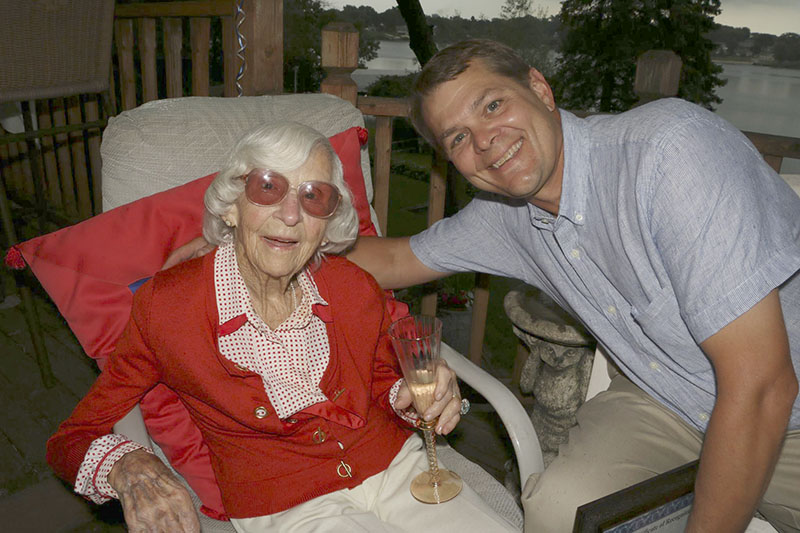 Erlandson is a longtime Albert Lea resident who has been known over the decades for her dedication to volunteer work.

Erlandson, a native of New Rockford, North Dakota, was born on Aug. 15, 1916. This means that not only did Erlandson survive the influenza outbreak and experience both world wars, but she also has grown up with the entire technological boom of the 20th and early 21st centuries.

Prior to her marriage, Erlandson attended North Dakota State University, where she studied home economics, performed in theater, sang on the radio and was a member of Kappa Kappa Gamma sorority. 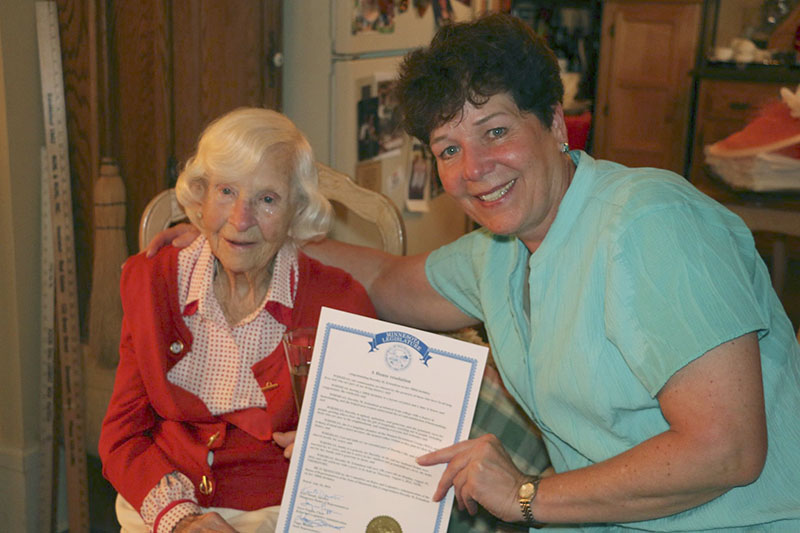 District 27A Rep. Peggy Bennett presents Dorothy Erlandson with a resolution during the party. – Photo courtesy of Dan Borland

It was not until 1939, when Erlandson was 23, that she decided to move to her future home of now 77 years, Albert Lea. That July, Erlandson married her husband, Ralph Erlandson.

Her husband went on to found the Albert Lea’s John Deere supplier. It was said that he worked as a salesman for John Deere himself.

Due to her husband’s career path, Erlandson was able to live as a working mom in the home and raise her four children: Jeanne, Ralph Jr., Kent and Nancy.

During her time at home there was a lot of free time, especially as her children got older. To fill this gap of time, Erlandson worked as a volunteer, for many different organizations and causes.

For years and even decades, Erlandson volunteered countless hours each week at organizations such as the Women’s Republican Club and the American Association of University Women, both of which she volunteered with for over 30 years.

With the Women’s Republican Club, Erlandson not only helped with election-time business, but she even volunteered with them at the 1960 Republican National Convention in Chicago.

However, it was with the American Association of University Women where Erlandson’s leadership skills truly shined, where she served as president.

“I was considered a real community-driven leader, and even provider,” Erlandson said.

Another organization, First Presbyterian Church, is one that Erlandson has worked with for many years.

Since coming to Albert Lea, Erlandson has had extremely close relations with First Presbyterian Church, where she volunteered at as many events that she could, starting in 1939 and through her years working at home.

“Whenever there was something going on, I was part of it,” she said.

Erlandson said it is working with people that kept her coming back year after year, especially at church. “It was my pleasure, helping others out,” she said.

Maybe helping others truly is the key to old age, but Erlandson did offer one piece of advice: “Have the right parents.”