At U.S. Bank Stadium, it’s first down and looking good 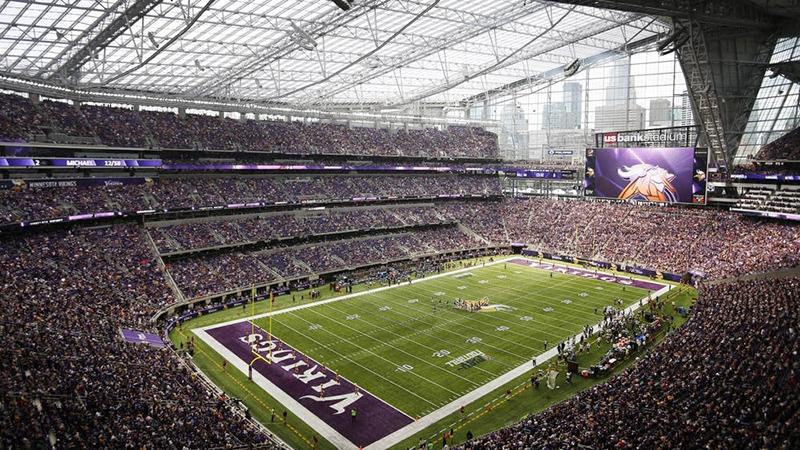 Fans watch the second half of an NFL preseason football game between the Minnesota Vikings and the San Diego Chargers. - Andy Clayton-King/AP 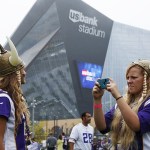 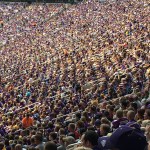 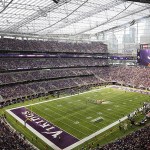 Fans watch the second half of an NFL preseason football game between the Minnesota Vikings and the San Diego Chargers. – Andy Clayton-King/AP

The Vikings’ 23-10 victory over the San Diego Chargers on Sunday counts for absolutely nothing in terms of pro football statistics. But it does count in the annals of Twin Cities sports history: It was the first NFL game played at U.S. Bank Stadium.

The $1.1 billion building made its official debut with a European soccer match Aug. 3. There was also an open house in July.

But Carrie Mortrud of Cottage Grove would have none of that. A 20-year Vikings season ticketholder, she wanted her first experience at the stadium to be a football game.

Mortrud said the natural light from the translucent roof and the wide concourses were welcome changes from the old Metrodome.

“It didn’t feel as claustrophobic as the Dome,” she said. “So it’s nice that there’s a little extra breathing room. Obviously, people don’t know exactly which gate to come in. So there was a lot of heading left when they should have been heading right. But it’s the first preseason game.”

Kevin Ellich — who recently moved from the Twin Cities to Dallas — came back to see the Vikings Sunday. He said there were some hiccups getting in, but there were plenty of staffers pointing the way.

“They had a lot of people helping out and directing you,” he said. “It was just a little confusing. We wanted to go meet some people tailgating in one of the lots, and with all the streets closed the logistics were a little shaky. But that’ll improve.”

Three weeks ago, many soccer fans said they had difficulty getting around inside the stadium and accessing public transit after the game was over.

At the soccer game, workers had only improvised signs on sticks to direct traffic. Kelm-Helgen said staff solved that problem quickly.

“We added a lot more wayfinding signage, so I think people as they enter the building are finding it a lot easier,” she said. “I think staff really have had a lot more training and just more experience in the building.”

Additional stanchions by the food vendors have also helped improve traffic flow, she said. She expects staff to make additional tweaks ahead of upcoming games. She noted the need to make sure craft-beer sellers are well stocked to keep wait times to a minimum.

The Vikings host their final preseason game, against the Los Angeles Rams, Thursday night. The first regular-season matchup at U.S. Bank Stadium will be the Vikings and Green Bay Packers Sept. 18.