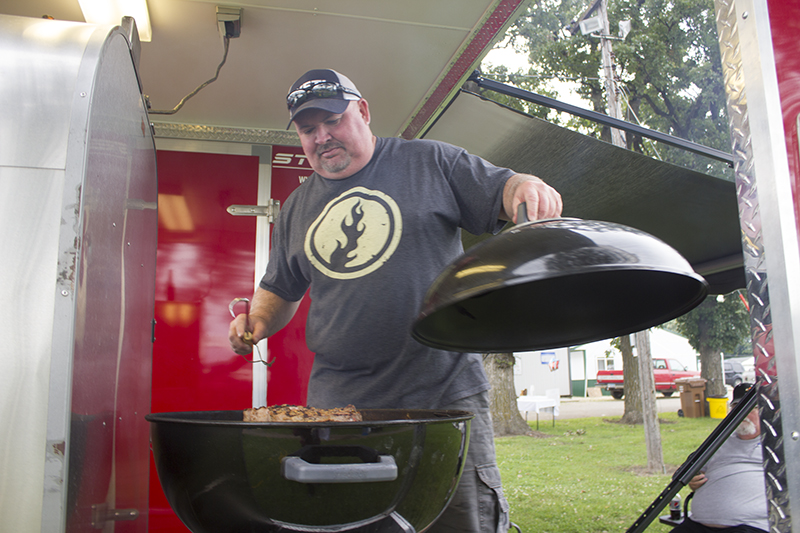 Entrants from different states competed Friday and Saturday at the Freeborn County Fairgrounds during the ninth annual Big Island Bar-B-Que.

The event featured a state barbecue, steak and chili contest, and public chili and appetizer tasting.

Founder and coordinator Perry Vining said the competition had entrants from as far away as Louisiana and Texas.

He said 48 teams cooked steak, and 47 cooked for the barbecue contest.

Approximately $15,000 in awards were planned to be given, Vining said, and handmade trophies from Albert Lea artists were presented. 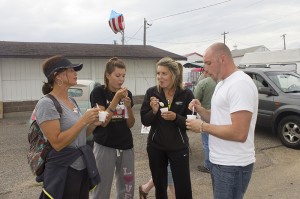 “It’s what we do almost every weekend,” Harding said.

He said though he will help fellow entrants, he still wants to win.

“We’re all friends, we all help each other, but we are here to beat them,” he said.

“It’s a family thing,” Wendy Montanye said. “We do it as a family.”

The family averages 10 to 12 barbecue competitions a year that take up a majority of their weekends during the summer months.

Brian Montanye said competing against the top barbecue cooks in the world motivates him to try to win.

“That’s bragging rights there,” he said.

He said other entrants are friendly, even to people who bested them in competition. 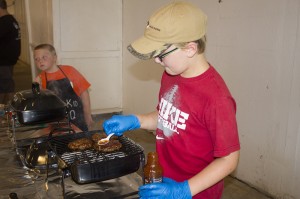 Kansas City, Missouri, resident Randy Robinett said Friday that he was alerted by another entrant from Kansas City about how good of an event the Big Island Bar-B-Que is.

“The weather is outstanding, the people are friendly,” Robinett said Friday evening. “I’ll know more about it after 5 p.m. tomorrow when the judges get ahold of our meat.”

The event was a fundraiser for Education Days at Big Island Rendezvous Sept. 29 and 30.

Barbecue food vendors and other drinks were also available throughout the weekend, and entertainment was provided.