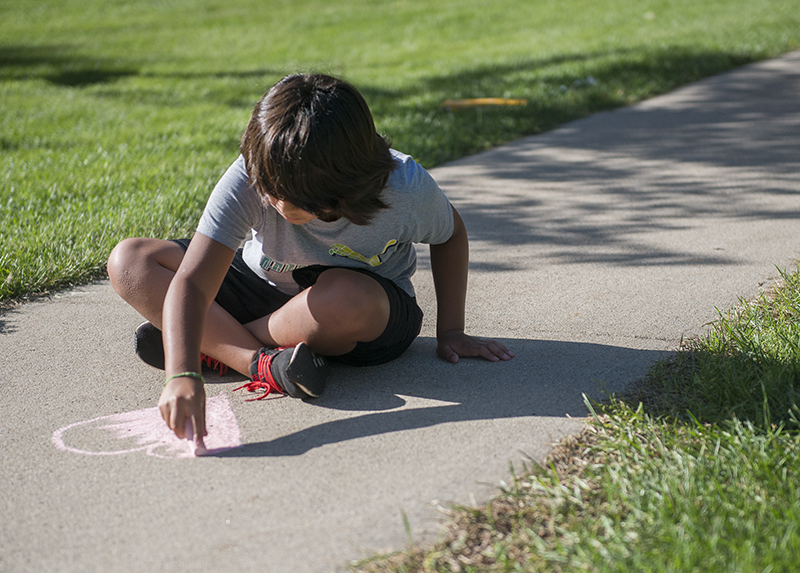 A heart is drawn with chalk on a sidewalk running through New Denmark Park on Friday during Rally for Civility — a free event which was organized in opposition to Ted Nugent's performance Friday night at the Freeborn County Fair. - Colleen Harrison/Albert Lea Tribune

In opening comments, organizer Jennifer Vogt-Erickson said the rally was a call for civility in lieu of Nugent’s planned performance, noting her belief that in choosing Nugent to perform, the Freeborn County Fair Board chose profits over civility.

She said the rally was meant to show their disagreement with Nugent’s angry rhetoric against people who do not agree with him, noting her belief that civility is a bedrock value of society, which drew applause from the crowd. 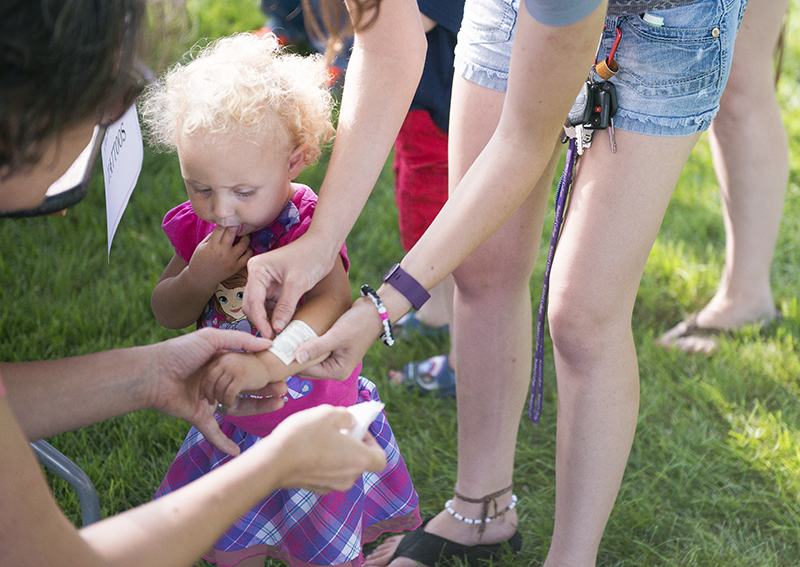 “This starts with us,” she said.

Tensions have risen from both those in favor and those opposed to his concert in the last few months.

A column in the Minneapolis Star Tribune last weekend about the performance and rally has drawn discussion on social media from both locals and people in other areas.

“I don’t think that it is an appropriate choice,” community member Jenny Corey-Gruenes said, noting her displeasure with Nugent’s lyrics and the way he presents himself in concert.

She said Nugent does not promote civil conversation and claimed his values do not align with the Freeborn County Fair Board or Freeborn County citizens to discuss issues in a non-threatening way and be respectful.

“I just would not want to pay for that,” Corey-Gruenes said.

In a statement released last Sunday on Nugent’s Facebook page, he said seeing people angry about his performance shows, “Clearly I am doing God’s work.”

“Remember, if you’re not pissing off the (expletive), you are an (expletive)! Glory, glory hallelujah! Watch the devils squirm! Hopefully we will get photos/vid of the dopey protestors with their American Communist Party regalia xposing (sic) their disdain for personal hygiene. Precious!”

Albert Lea resident Heather Johnson said she wishes the Fair Board would have done more investigative work before signing a contract with Nugent, noting her belief that the board should have selected a better alternative artist to country.