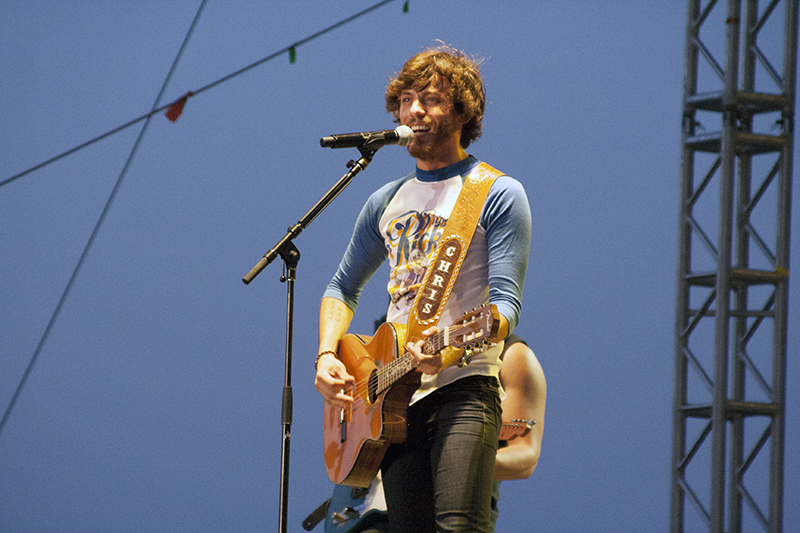 Country music singer Chris Janson took the stage Wednesday night at the Freeborn County Fair as a part of his “Buy Me a Boat” tour.

Janson’s debut album, “Buy Me a Boat” was released in October and includes popular songs like “Power of Positive Drinkin’” and “Buy Me a Boat.” During the concert, Janson mentioned he has a second album in the works.

Before the stage lights could even touch the 30-year-old singer, the energy in the Grandstand was high.

Whether Janson was playing the harmonica while dancing, or doing a dance move he saves for special occasions called the “American pterodactyl” Janson brought plenty of energy to the stage.

The crowd shared the same level of energy as Janson, causing him to become even more energetic.

He kept the crowd engaged throughout the show by intertwining stories from his life and his songs, playing harmonica, dancing and even playing drums. 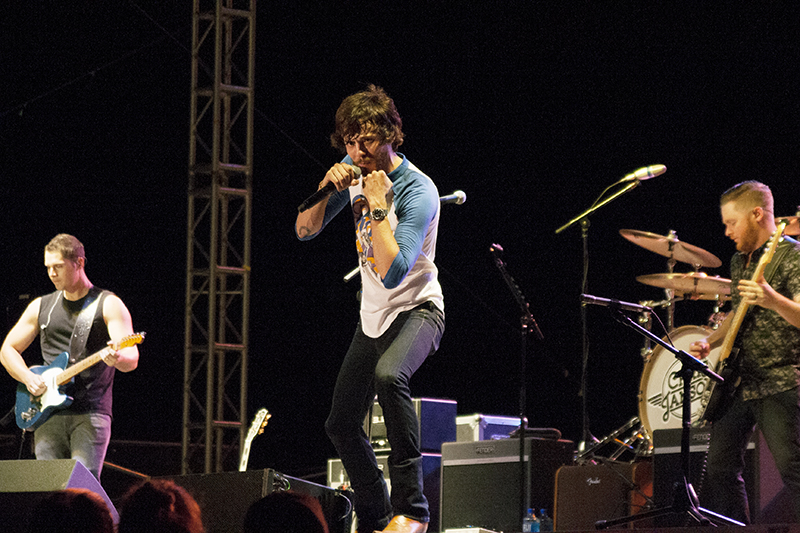 Janson kept the crowd engaged during his performance by intertwining stories from his life and his songs, playing harmonica and dancing. – Emily Wangen/Albert Lea Tribune

Janson played many hit songs during his performance: “Holding Her,” a song written about his family; “Better If I Don’t,” “White Trash,” a song about Janson’s childhood growing up on “the wrong side of the tracks;” and of course one of Janson’s most popular songs: “Buy Me a Boat.”

Janson also worked in some cover songs with his own twist, performing his favorite Merle Haggard song as well as “Truck Yeah,” a song written by Janson with the help of LOCASH and sung by Tim McGraw.

After the show ended, fans stuck around cheering, wanting more of Janson’s music.

The fun continues tonight when Jerrod Niemann takes the stage at 8:30 p.m. at the Grandstand.