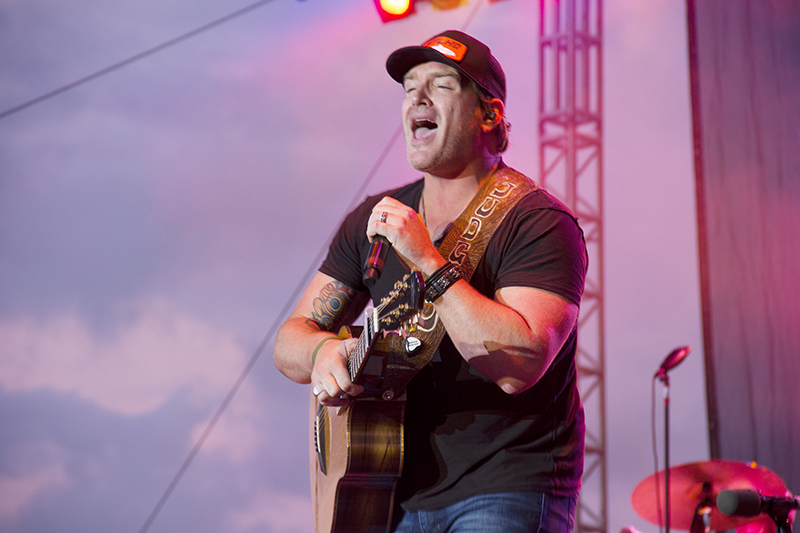 Jerrod Niemann played No.1 hits such as “Drink to That All Night” and songs from his breakout 2010 album “Judge Jerrod & the Hung Jury,” such as “Lover, Lover” and “What Do You Want” at the Grandstand in front of a large audience.

Niemann played “Zero to Crazy,” “One More Drinkin’ Song” and other singles and mixed them with rock songs, such as “Santeria” by Sublime and “Pride and Joy” by Stevie Ray Vaughan. 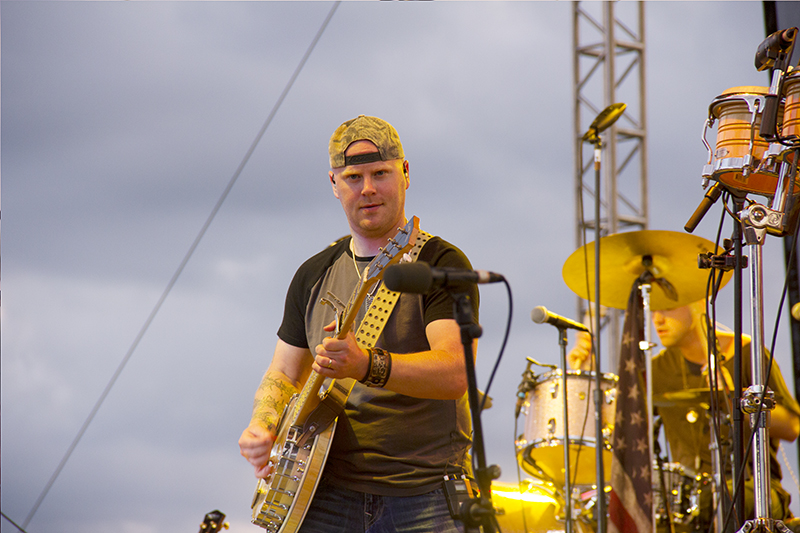 Niemann also covered The Charlie Daniels Band hit “The Devil Went to Georgia” and “You Never Even Called Me By My Name” by David Allen Coe.

Niemann had a good sense of humor and humorously invited members of the audience to join the band on tour.

“Maybe we could take you on the road with us,” he said.

The crowd at times swayed to the beat of Niemann’s music and waved lights in the air.

Niemann presented a friendly, laid-back demeanor during the performance and touched on his visit to the Freeborn County Fair in 2011.

He is on a nationwide tour with stops planned in the next two and a half weeks in South Dakota, New York, Massachusetts, Illinois and West Virginia.

The approximately hour and a half performance also featured guitar solos, with a band member playing a guitar that was on his head and brief guitar riffs from songs such as “Enter Sandman” by Metallica and Smells Like Teen Spirit” by Nirvana.

Performances continue tonight with Ted Nugent and on Saturday with The Charlie Daniels Band, each at the Grandstand.

“It was really entertaining,” she said, noting that she is a fan of Niemann.