Concert Review: The Charlie Daniels Band is last to perform on the Grandstand at Freeborn County Fair 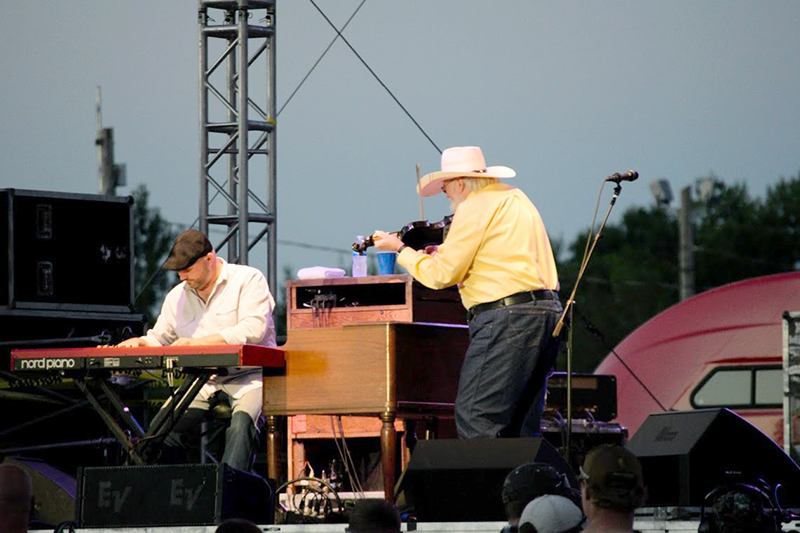 The Charlie Daniels Band performed Saturday night to a full Grandstand at the Freeborn County Fair.

A perfect night for a concert, the air was comfortably cool and the sky was clear.

The first song played by the band was energetic enough to immediately involve the crowd.

The band comprised a group of talented musicians, as was showcased by the song “Black Ice.”

Though most of the performance fused country music with a healthy dose of folk and rock, “Black Ice” incorporated a large element of jazz.

One by one, each musician lead the band with a creative riff, showing off each member’s individual talent.

The rest of the band’s performance was impressively tight and practiced. It was clear that the musicians onstage enjoyed playing with each other.

The band at one point performed a country-esque cover of Bob Dylan’s “Tangled Up in Blue.” Though the performance was no less energetic than previous numbers, it lacked the musical prestige of past songs.

The band didn’t seem deterred, however. They retained their past level of excellence in the next song, using a wide range of dynamics and lyrics that told the story of Daniels’ hometown in the South.

The keyboard player seemed to be one of the more electrifying musicians in the group, pounding out several impressive piano riffs. These riffs added a special element to the performance, one that the band would’ve otherwise missed.

The highlight of the show, however, was Daniels’ humor and wit throughout. Telling multiple stories and jokes, Daniels engaged the crowd in a way only natural performers can.

Daniels made sure to incorporate plenty of patriotic interludes throughout the performance, all of which matched the attitude of the audience.

The audience especially appreciated one speech about the United States Armed Forces, and showed it by thundering out a round of applause.

Overall, the Charlie Daniels Band’s practiced mix of country, folk, and rock music was a perfect way to end a night at the fair. But the lead singer’s loud personality and patriotism was what really won the crowd over.