Convicted offender to serve 3 years in prison for violation

A convicted predatory offender on Monday was sentenced to three years in prison for violating his probation.

Shawn Allen Kaehn, 36, of Albert Lea was convicted in March 2012 of one count of fourth-degree criminal sexual conduct for inappropriate sexual conduct with a teenager over a six-year span in Freeborn County. 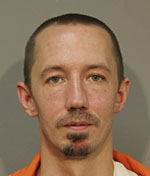 As part of his conviction, Kaehn was required to register as a predatory offender and obey a series of rules.

Kaehn reportedly did not register as an offender in McLeod County and was convicted last month of this charge. In that county, he received a sentence of 21 months — 14 months in custody at the St. Cloud correctional facility and seven months on supervised release.

On Monday, Kaehn requested he execute his sentence in Freeborn County.

The two sentences will be served concurrently.