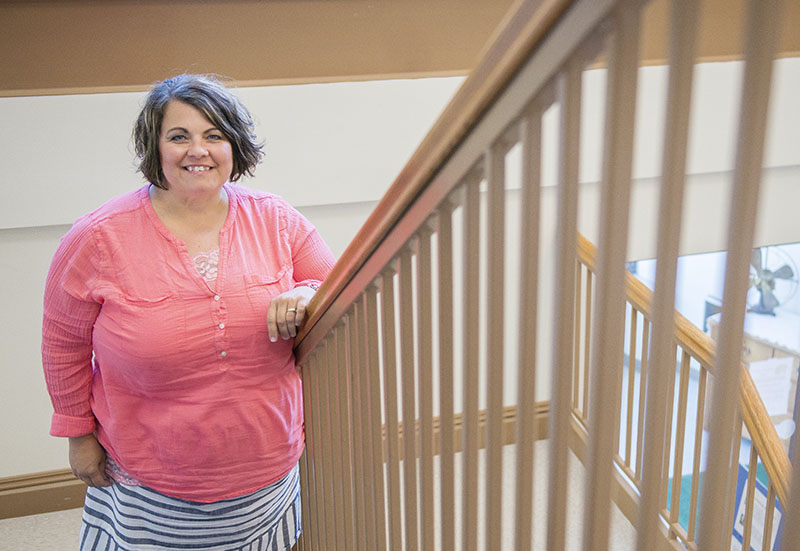 There’s a new director in town.

Kim Nelson started as the Freeborn County Historical Museum, Library and Village’s executive director on Aug. 8, after helping with museum efforts during the Freeborn County Fair on Aug. 6. Nelson starts in the position after having the same title at The Children’s Center for the past 10 years. Prior to The Children’s Center, she worked with the nonprofit Apple Lane Community Child Care Center in Austin for seven years.

Nelson, 46, said she initially became interested in the job at the museum after being approached by those on the board of directors; she hadn’t looked into the position on her own. She said she thought over the prospect of taking the position, and realized it would play to her strengths and passions more, especially when it came to grant writing and program development.

At The Children’s Center, Nelson said her primary responsibilities were in human resources and acting as the center’s CFO. Grant writing and program development were secondary responsibilities, she said, and with the museum’s budget being around one-third of The Children’s Center’s, her priorities would be arranged in a way that would play up her strengths more. With the museum being a nonprofit, Nelson said grants are what help sustain it, and she said she looks forward to being a factor in making the museum even more sustainable.

Nelson said she feels she will be a good fit with the museum as she’ll be able to relate to young families, a demographic she said the museum is looking to connect with more.

“The museum is such a gem,” she said. “There are lots of young families in this community that we need to get involved.”

Nelson and her husband, Jeff, have a 17-year-old son, Adam, and a 14-year-old daughter, Sydney. The Nelsons have been married for almost 22 years, and their children will start their senior and freshman years at Albert Lea High School this month, respectively.

“It’s an intergenerational excitement that I’m looking forward to,” Nelson said. “It’s exciting for me to be in a position like this at the age that I am.”

“It’s such a treasure in the community,” she said. “A lot of people are in the position I was where they don’t realize it’s here, that it’s for us.”

Nelson said she has multiple goals in mind for the museum, but plans to focus on connecting the museum with more people in the community as a first priority. She said she’d like to plan more intergenerational activities as well as children’s activities at the museum, and would like it to have more of a presence on social media. She’d like to have more activities that partner up with other groups and organizations in the community, as well. For example, she said volunteers from the museum planned to make root beer floats as a fundraiser during the community movie showing of “The Wizard of Oz” on Monday at Fountain Lake Park. Nelson said she’d also like the museum to get more involved with groups like 4-H, FFA and National Honor Society, as well as local businesses and other foundations.

“I think we’d benefit each other,” she said.

Nelson said she’d look into ways to get more volunteers involved at the museum, as she said it currently logs about 100 volunteer hours a week. She said she’s excited to work with volunteers, and said the board of directors with the museum has been very welcoming and that previous executive director Pat Mulso has really helped Nelson with the job transition.

“The embrace of the community members that have showed their excitement for my being here, that’s a good feeling,” she said.

Nelson said another misconception about the museum is that people think the only donations needed are from the first half of the 1900s and earlier. She said the museum could use more donations from the 1950s and on. Nelson said she thinks most people assume “history” refers to an older time period long before they’re born, but stressed that history doesn’t always mean old. In fact, it’s happening now, Nelson said.

Interesting fact: Nelson suffered a stroke almost 10 years ago that left her without the use of speech for about four weeks