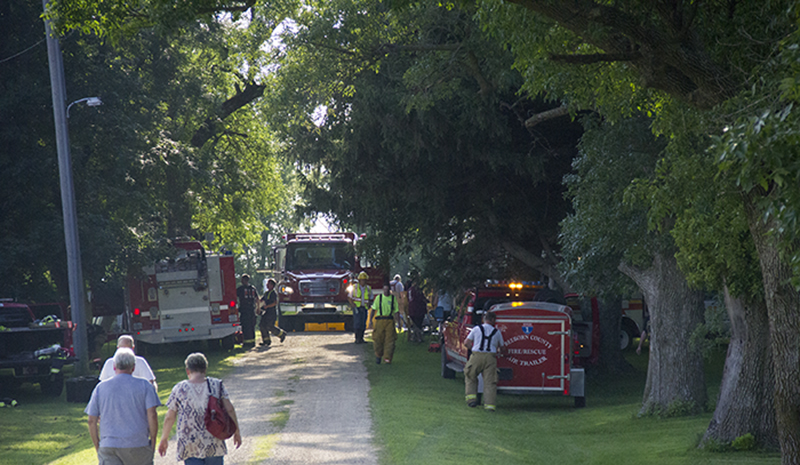 Fire crews were still on scene at around 6:30 p.m. — Sam Wilmes/Albert Lea Tribune

CLARKS GROVE — No injuries were reported from a garage fire today outside Clarks Grove.

The garage at 26641 775th Ave. was reported as a total loss,while smoke damage was sustained to a house on the property.

Fire crews nearly had the fire extinguished by about 6:30 p.m.