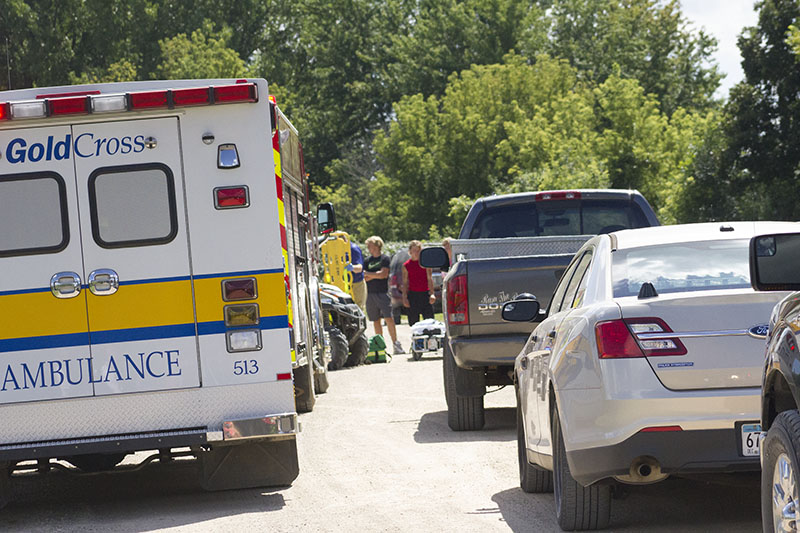 A juvenile girl was reported trapped under an ATV today at around 1:30 p.m., outside Glenville. — Sam Wilmes/Albert Lea Tribune

GLENVILLE — A girl was injured today after being trapped under an ATV near Glenville.

The 14-year-old — whose name has not been released — was flown by Mayo One to St. Marys Hospital in Rochester. Her condition is unknown.

The girl had reportedly lost control of a Polaris Ranger and rolled, with the ATV temporarily trapping her, according to a Freeborn County Sheriff’s Office news release. The ATV had been lifted off of her prior to the arrival of emergency personnel.

The release stated deputies arrived shortly after 1:30 p.m. near 80497 River Road and found the ATV upright in the middle of the road.

The Freeborn County Sheriff’s Office and Mayo One were assisted by Glenville first responders and Gold Cross Ambulance.

The crash is still under investigation by the Freeborn County Sheriff’s Office. More information is expected to be released at a later time.