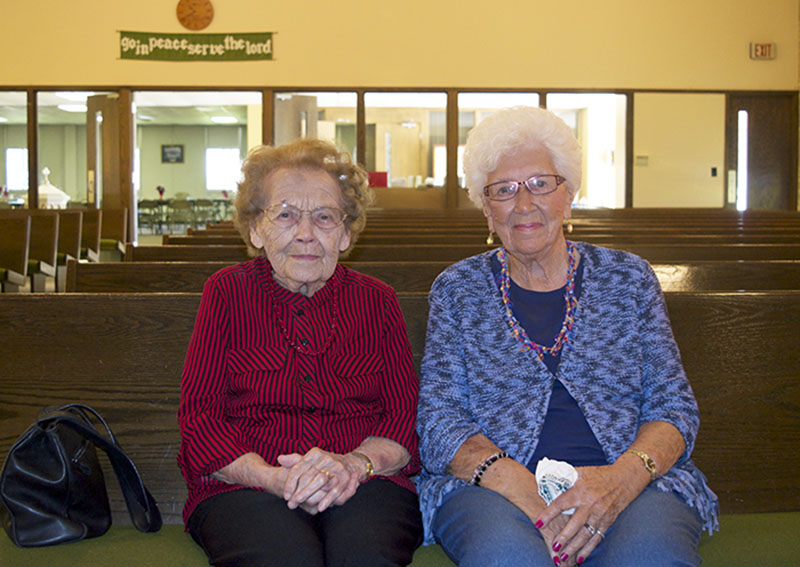 Dorothy Cafourek, Florence Palmer, Burnette Sanderson and Beatrice Moe all have their birthdays this year.

On Aug. 7, First Lutheran Church in Glenville held a celebration for three of the women: Cafourek, Palmer and Burnette.

Though the three women have their age in common, they have not known each other for the majority of their 100 years. Caroufek and Palmer said they met in person just one day before the celebration. 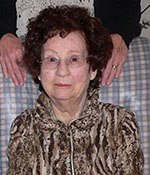 The two seemed equally surprised by their own age.

“It’s unbelievable,” said Caroufek, on making it to 100. “I never dreamed that I would be this old.”

Caroufek explained she farmed in London, Minnesota, her whole life. She said she didn’t know why she made it to 100 but chalked it up in part to “hard work and love for my family.”

Neither woman seemed to think their diets had much of an effect on their longevity.

“I ate what I wanted to,” Caroufek said. Palmer jokingly added “eat a lot of sweets!” as advice on how to stay healthy.

Palmer added a more serious lesson she feels she has learned over the years. 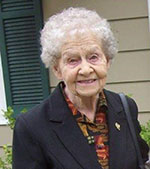 Palmer has lived in Glenville her entire life.

“I was baptized in the same church I belong to now,” she said. Without remorse, she noted that her life was one without much excitement.

“I was never much of a traveler,” she said. “I stayed at home and played cards.”

Palmer added one anecdote about aging. She stopped driving when she felt it was unsafe to do so. It was not because she failed a test to retain her license; in fact, it was quite the opposite.

“I didn’t want anyone to tell me I was too old to drive,” she said.

Rather than let someone tell her to stop, she up and quit herself.

Caroufek said she still drives to this day. She recently went to the DMV to renew her license. “When I asked if I could still renew my license, they said ‘I don’t know why not!’” Caroufek said. She passed the test and still drives occasionally.

Caroufek fondly recalls a fishing spot near her farm, saying “we went fishing for 50-some years at the same place.”

Though the two are happy First Lutheran threw them a birthday party, they seem to have an attitude of indifference toward the party’s significance.