Hartland resident is oldest out of her immediate family 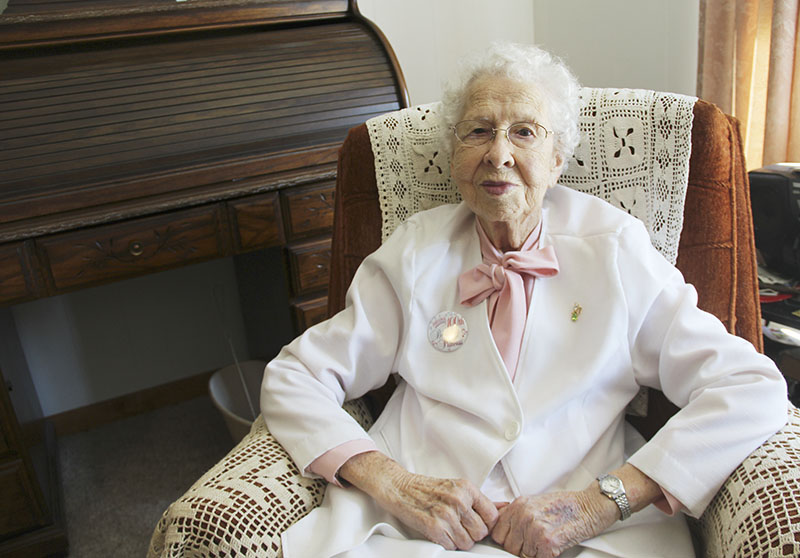 Alice Miller of Hartland turned 100 on Monday. Family and friends celebrated Miller on Sunday during a party at the Hartland community center. - Sarah Stultz/Albert Lea Tribune 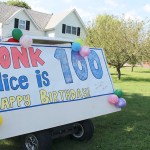 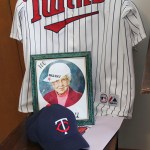 Alice Miller loves the Twins, and she received this jersey and hat Sunday from the city of Hartland. – Sarah Stultz/Albert Lea Tribune 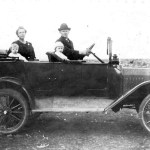 Alice Miller, now 100, is seen in this photo in the back seat with her mother, and her father and sister in the front. -Provided 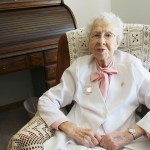 Alice Miller of Hartland turned 100 on Monday. Family and friends celebrated Miller on Sunday during a party at the Hartland community center. – Sarah Stultz/Albert Lea Tribune

HARTLAND — A Hartland woman celebrated turning a century old on Sunday at the community center in the city.

Alice Miller, who has lived in the Hartland area most of her life, said she doesn’t know what she did to help her reach the age of 100.

“The good Lord has been good to me,” Miller said.

Born Aug. 22, 1916, on a farm in the Hartland area, Miller was the second child to Lewis and Malva (Erickson) Myhre. There were five children in the family, and she said as the children got older they were asked to take part in the farming duties.

She attended school in District 98 through the eighth grade, which she said was 2 1/2 miles away from her home. She worked in Albert Lea for a time, including time as a housekeeper for Emil Olson, as well as in Minneapolis for a time at a defense plant during World War II.

In 1954, she married her husband, Raymond, and together the couple had one son, Duane.

Duane Miller stays with her at her home many days out of the week, as her husband died 21 years ago.

Miller said over the years she has been involved with the Hartland Lutheran Church circle group. Up until probably five years ago, she had a garden.

Though she has a harder time getting around than she used to, she still does some of her own cooking — she loves to make meatballs — and enjoys sewing.

She loves the Twins and was surprised with a jersey and baseball hat that were given to her by the city of Hartland.

She said she enjoys watching television — especially shows such as “The Price is Right,” “Wheel of Fortune” and “The Doctors” — and listening to Party Line on KATE Radio.