Joseph William Dziubak was born June 16, 1942, the son of Joseph and May (Allen) Dziubak in Saint Paul. Joseph attended Central High School and graduated in 1960. On Feb. 7, 1969, Joseph completed basic combat training at Fort Campbell, Kentucky, with the U.S. Army. He served in the Vietnam War. 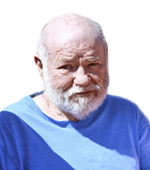 On April 21, 1970, Joseph was united in marriage to Christine Bickell. On July 20, 1973, Joseph earned his certificate of completion from United Systems Inc. and began his career as a truck driver. On Feb. 15, 1986, Joseph was united in marriage to Jean Anne Kobinski. He was a member of the Mormon church. He enjoyed working on cars, riding motorcycles and was an avid movie watcher.

He is survived by his children Dawn Dziubak (David) of St. Paul and Daniel Dziubak (Kerri) of New Richland; and three grandchildren, A.J. Hardy, Thadeus Cornell and Nicholas Dziubak. He was preceded in death by his parents and three brothers.

A funeral is scheduled for 11 a.m. Monday, at Kok Funeral Home, 7676 80th St. S in Cottage Grove, with visitation beginning at 10 a.m. After the service those in attendance will go in procession to Fort Snelling National Cemetery, with a scheduled time of 12:30 p.m. at AA No. 3. The family is then going to have their luncheon at the VFW located in South St. Paul.