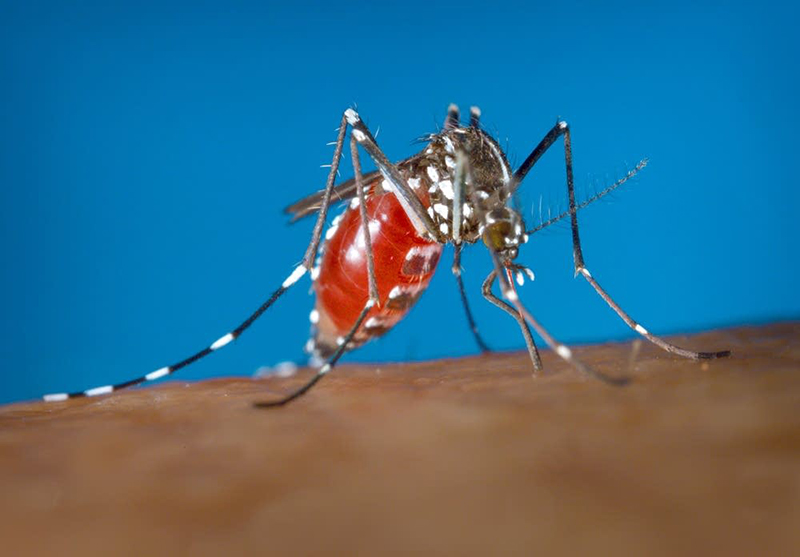 James Gathany/Centers for Disease Control and Prevention via AP

Minnesota Department of Health investigators surveyed recreational and commercial sites in Albert Lea last week and did not find any of the mosquitoes. Over the next couple of weeks, agency staff will visit Winona, Rochester, Mankato, Worthington and possibly several other southern Minnesota cities.

Epidemiologist Dave Neitzel says he doesn’t expect to find the mosquitoes because Minnesota’s winters should be harsh enough to kill them.

“Either the adult mosquitoes or their eggs, more importantly their eggs, seem to freeze out,” said Neitzel.

But if the Asian tiger is here, “it would be much more likely to survive in southern Minnesota, where we have a little bit warmer winter temperatures,” he added.

Southern Illinois has the nearest established population of Asian tiger mosquitoes. They have also been found in the Chicago area.

Small populations of Asian tiger mosquitoes have been found in the Twin Cities a total of 17 times, including last June at a tire-recycling operation in the southern metropolitan area. The mosquitoes have only been detected in commercial settings, suggesting they were brought in on vehicles or in products from other states.

Outside of the metro area, though, little is known about the possible presence of the Asian tiger mosquito.

“We don’t really have a lot of up-to-date information as to what mosquito species are found in which parts of the state,” Neitzel said.

The other main carrier of the Zika virus, Aedes aegypti, has never been found in Minnesota, Neitzel said. He suggested that, like the Asian tiger species, it might arrive in Minnesota by transportation via a container.

“But they’d be very, very unlikely to survive here,” he added. “They’re a tropical mosquito that would not like our conditions at all.”

Health Department investigators are concentrating their surveillance efforts on high public use areas, such as parks, and industrial areas, where the mosquitoes may have been brought in through commerce.

Neitzel said there is a small window for gathering data because mosquitoes are becoming more difficult to find as the days get shorter. He said the mosquito-monitoring effort in southern Minnesota is likely to continue for several years.

Minnesota’s anti-Zika effort got a boost Tuesday in the form of a $200,000 grant from the federal Centers for Disease Control and Prevention. The federal funds are intended for use in detecting and monitoring birth defects associated with the virus.