‘The Nuge’ comes to town 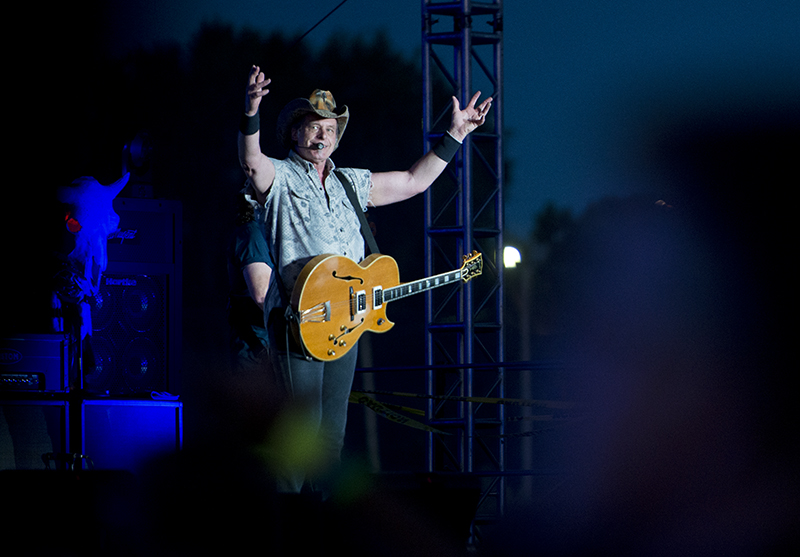 Ted Nugent talks to the crowd in between songs during his performance in 2016 in the Grandstand at the Freeborn County Fair. Nugent will perform again in 2022. - Colleen Harrison/Albert Lea Tribune

Rock ‘n’ roll artist Ted Nugent played before a reported sold out record number of fans Friday at the Freeborn County Fair, and derided protesters who gathered earlier in the day.

Nugent — apparently referencing protestors at the Rally for Civility at New Denmark Park earlier in the evening — said, “I’ve never been more proud that I’ve pissed off so many (expletive) in my life.”

Nugent’s performance featured his hits from the 1970s, such as “Stranglehold,” “Free for All,” “Cat Scratch Fever,” “Wang Dang Sweet Poontang” and other songs throughout his more than five-decade career.

He also displayed his ability to play guitar with long riffs that captured the audience, using multiple rigs throughout his performance.

“God bless you,” he said, noting that he remains tobacco, drug and alcohol free.

Nugents talked about his love of hunting, fishing and trapping, and the Detroit native also referenced the U.S. Constitution and Bill of Rights, and added subtle humor.

“Your grandparents were big fans of mine,” he said.

Nugent’s performance was part of a nationwide tour. He was scheduled to play in Peoria, Illinois, Saturday night and St. Louis, Missouri, on Sunday.

He played different guitars during his performance, including one with an American flag graphic on it.

Nugent derided what he deemed as the softening of society, and jokingly advised anyone who was offended by his speech to find a safe zone.

“If I’ve been pissing you off, tough (expletive),” he said.

Attendee Ezra Lentz said the concert was his first, noting he was impressed with his performance.

“I liked it a lot,” Lentz said, noting he supported the fair board’s decision to have him perform.

Reserved seating in the Grandstand for Nugent’s performance was reportedly sold out, and Nugent said Friday night broke a 20-year record for fair attendance. 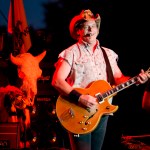 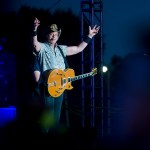 Ted Nugent talks to the crowd in between songs during his performance in 2016 in the Grandstand at the Freeborn County Fair. Nugent will perform again in 2022. – Colleen Harrison/Albert Lea Tribune 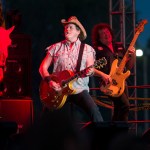 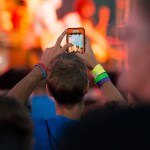 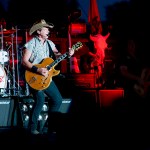 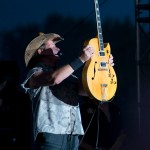 Ted Nugent holds one of his guitars up for the crowd before switching rigs while performing Friday in the Grandstand at the Freeborn County Fair. – Colleen Harrison/Albert Lea Tribune