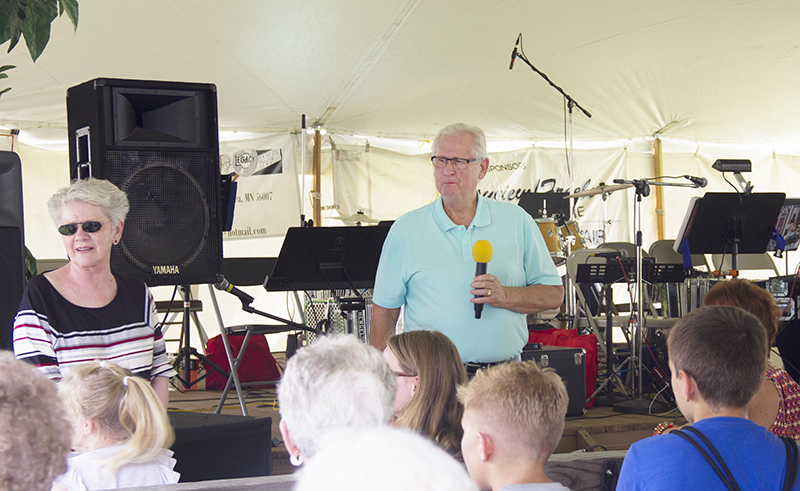 Others inducted into county Agriculture Hall of Fame

An Albert Lea resident and volunteer was honored for his service to the community Wednesday at the Freeborn County Fair.

Terry Perkins was selected as the 2016 Outstanding Senior Citizen award-winner. 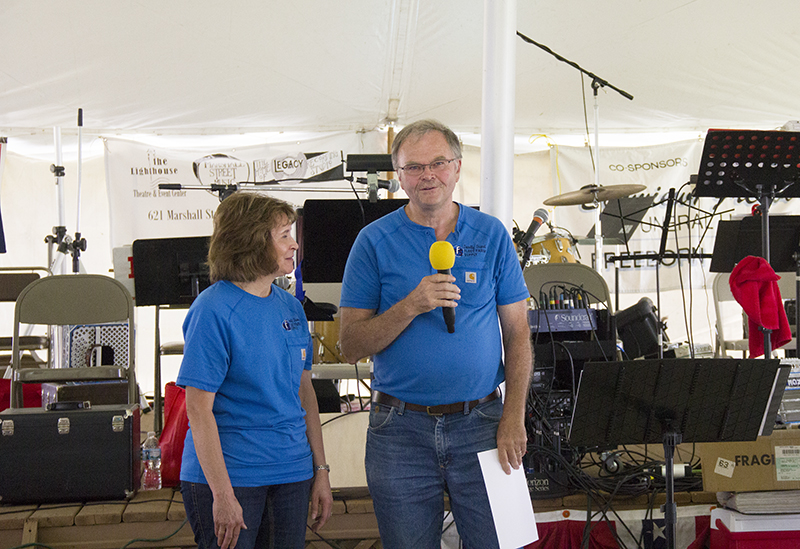 Fleet Farm Supply owners Kathy and Steve Nelson discuss their business and the contributions it has made to their family Wednesday at the Freeborn County Fair. – Sam Wilmes/Albert Lea Tribune

“He went beyond what our committee expected,” she said, noting Perkins has helped thousands of people over the years regardless of race, religion or age.

She said Perkins is a reliable volunteer.

“You can always count on Terry to do the job and to do it well,” she said.

Perkins said he was thankful that he received the award.

“It makes you feel good that you are helping people who need help,” Perkins said. 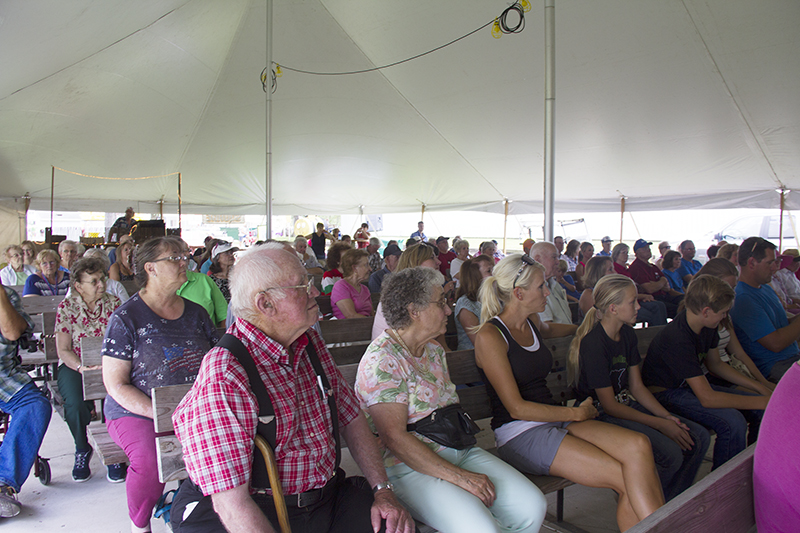 Fleet Farm Supply, Don and Marion Drescher, and Robert and Delores Bryson were inducted into the Freeborn County Agriculture Hall of Fame.

Fleet Farm Supply owner Steve Nelson said the company has helped his family and has allowed them to give back to the community.

“It’s been a fun ride,” he said, noting this year is the 60th anniversary of the store’s opening.

The store started in 1956 with Steve’s parents, Milford and Helen Nelson.

“It’s kind of nice to be recognized for something you’ve done your whole life,” Steve Nelson said, noting he has had the unique opportunity to work with family members at the business.

The store sells a variety of brands, such as Carhartt, Wrangler, Stanley and DeWalt.

The Dreschers were inducted for their involvement in breeder groups and other efforts they have undertaken.

Robert Bryson is a longtime purebred hampshire breeder, who was described as being heavily involved with promoting the swine industry. The family has also been involved with the Freeborn County Fair.

The Agriculture Hall of Fame honors people, businesses and industry that have impacted or stood out to promote agriculture in Freeborn County.

Al Bakken, Leslie Christensen and John Penkava were recognized for their family farms that have been in operation for 100 years.

Farm recognized for 150 years in operation

David Ausen, who farms near Alden, was recognized for owning a family farm in operation for 150 years.