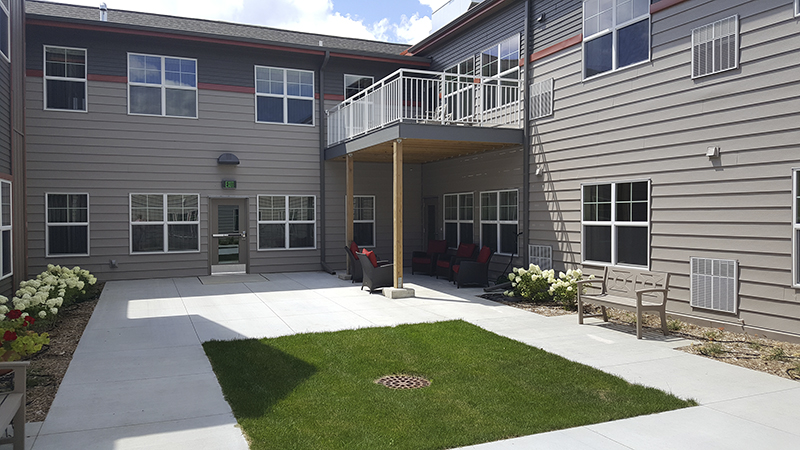 A courtyard in the memory care building at one of St. John's Lutheran Community's new building - Henry Rohlf/Albert Lea Tribune

By Henry Rohlf and Sarah Stultz

Construction is ongoing at the new St. John’s on Fountain Lake campus after the first building in the senior living community opened last month.

Diane Wichmann, St. John’s fundraising and marketing lead, said staff have undergone extensive training for dementia care and other topics and have been getting used to the new building.

The independent living building is slated to open in October, and Wichmann said she will be in contact with people soon who have signed up for tours. 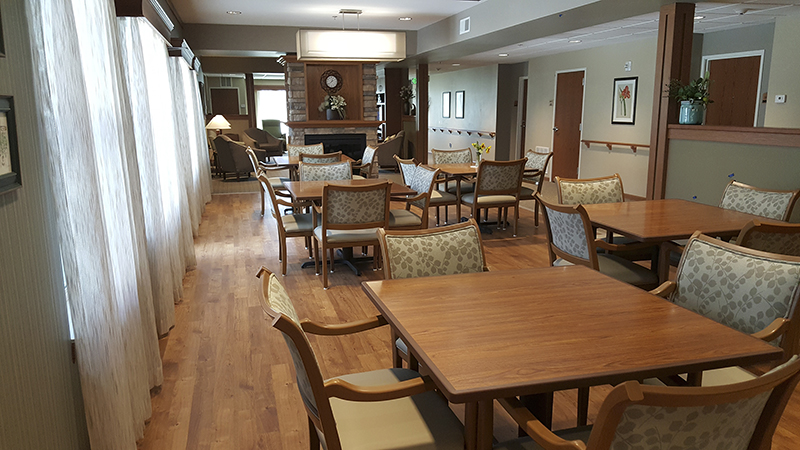 “People who have come into our facility have been pleasantly surprised,” Wichmann said. “It is very homey and very nurturing.

“I think the apartments are absolutely beautiful. They have beautiful views. If it’s not of the lake, it’s of the former golf course. It’s very nice.”

She said contractors last week were putting in tiling and flooring in the independent living building and working on some of the other finishing touches.

The nursing home has two of its three stories constructed and is expected to be open in fall 2017. Walls for the town center are expected to be built after Labor Day. The town center will include things such as a chapel, event center, club room and beauty shop, to name a few.

This town center will be in the center of the property, and will be accessible both through underground tunnels and ground level entrances, making it easy and convenient for the residents to get to and from.

Two  miles south of the current St. John’s Lutheran Community location off of Minnesota Highway 13, the new addition will be right on Fountain Lake.

“People enjoy living by the lake,” Wichmann said. “It is calming and tranquil — something that the residents can enjoy.”

The buildings are constructed to be home-like with wide hallways, lots of windows and many open spaces for mingling and other activities. This layout accomplishes the project’s goal of creating a home-style feel to the apartments, Wichmann said.

St. John’s purchased the 51 acres of property — known by many Albert Leans as “the back nine” — in December 2010 from American Bank of St. Paul. The land had been in the hands of the bank after it was surrendered by commercial developer Scott LaFavre following the property’s foreclosure.