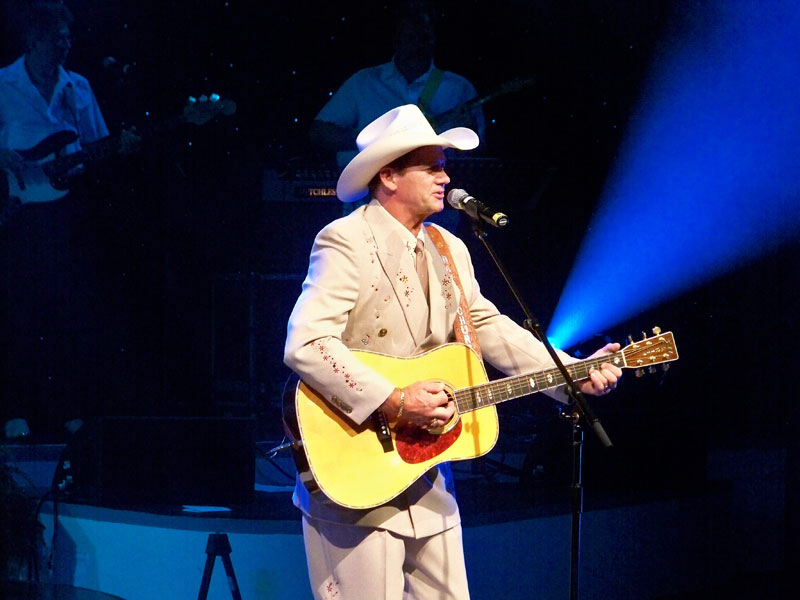 Couple will pay homage to Hank Williams, other country greats

Music enthusiasts will have the chance to celebrate the life and music of Hank Williams, a true American singer-songwriter, on Tuesday at the Marion Ross Performing Arts Center.

Hiram “Hank” Williams, a native of northern Alabama, is often regarded as one of the most influential American singers and songwriters of the 20th century.

Williams recorded 35 Top 10 Billboard country and western chart hits throughout his career, including 11 at No. 1.

Prior to Williams’ true career take off, he secured segments on the radio at different stations, eventually becoming a DJ himself.

Williams eventually made a name for himself when he recorded a cover of “Lovesick Blues” from the 1922 musical “Oooh Ernest.”

Eventually Williams’ career began to really soar when things in his personal life got tough. Every record he released in the last two years of his life entered the Top 5 Country charts, and many were covered for the pop market.

Williams’ drinking problem eventually caught up to him, and he died from an alcohol-induced heart attack on New Year’s Eve in 1952.

Recognized for his authentic performance and rendition of Williams, Church is thought of as one of his best tributes.

The star of RFD-TV’s “Midwest Country” for over 12 years, Church, along with his wife, have been lighting up TVs throughout the U.S.

The dynamic couple continues to thrill audiences around the world, and their stop in Albert Lea will be one for the books.

Guaranteed to take audience members back to country music’s “good old days,” Church and his wife will not only continue the legacy Williams left behind, but they will also feature many other past artists. In addition to Williams, the couple will perform songs from Merle Haggard, Marty Robbins and other traditional country artists.

Church’s wife will specifically be featuring songs by Patsy Cline, Dolly Parton and Anne Murray, among others.

This show will begin at 7 p.m. Tuesday with tickets costing $25 at the door, but only $20 with an advance order. Tickets can be purchased at the Albert Lea Convention & Visitors Bureau, the Marion Ross Performing Arts Center box office, online at actonbroadway.com or by calling 877-730-3144.