Popular fair event draws in full crowd at the Grandstand 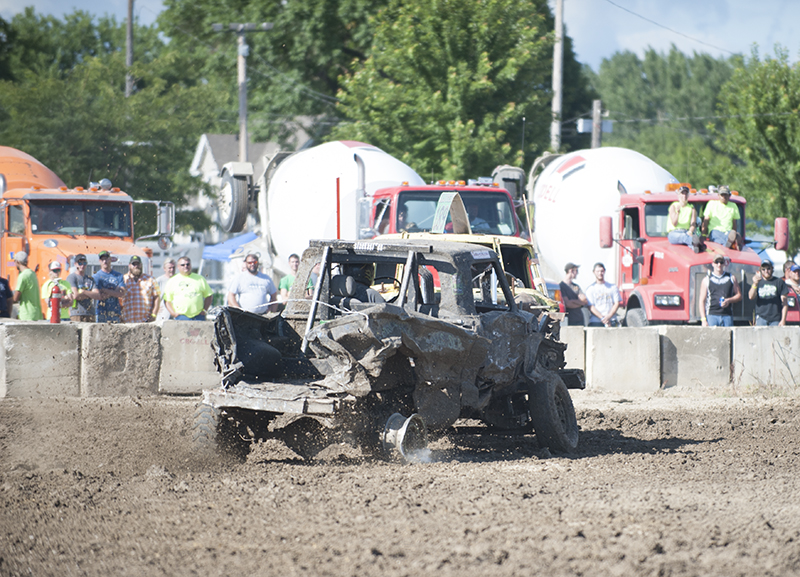 The last day of the Freeborn County Fair meant it was demolition derby time.

Fans packed the Grandstand and lined the outside of the demolition derby field to watch five classes — rookie, trucks, minivans, full size and mid-size — of cars compete in some car-wrecking fun.

Class sizes weren’t too big, but it didn’t stop the cars from laying the lumber on one another.

Some of the highlights of the night included Josh Eischens outlasting five other drivers in the truck division and Colton Newhoffen winning the full-size division.

Tires exploded, bumpers fell off and cars were rammed through the barricade. 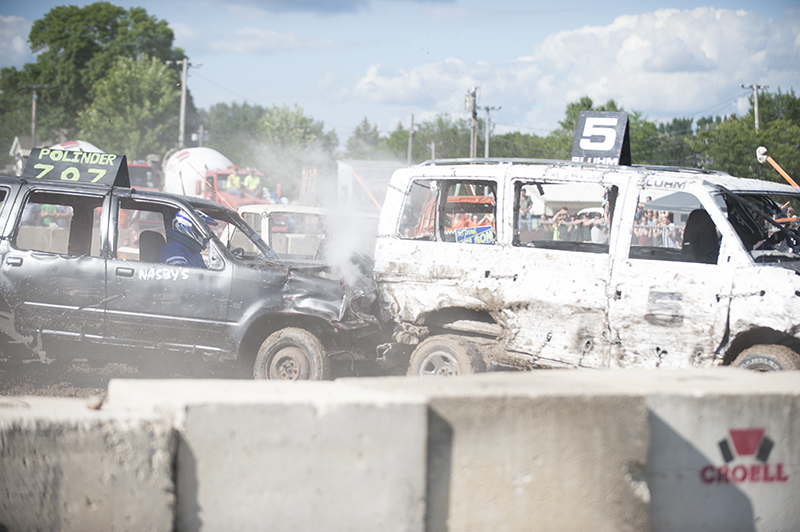 In the minivan division, it seemed like several cars were out to get Nate Bloom. Michael Polinder sent Bloom through the barricade after he charged halfway across the track and hit him from behind. Shawn Ellingson then took his turn and put Bloom’s car out of service.

Later on, Spencer Velzke’s minivan started on fire not once, but twice, forcing him to evacuate. In the end, Ellingson pulled out the victory, as he outlasted nine others to win.

Eischens won the truck division on three tires. His back right tire blew off in the early stages of the derby. It came down to Eischens and Jon Kluver, as the two kept ramming each other. Eischens seemed to hit Kluver harder and harder with every hit. Finally Kluver stalled out to give Eischens the victory.